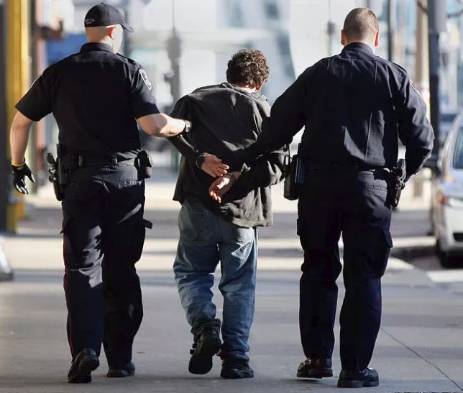 The Community Advocacy Alliance (CAA) warned of the current Crime Tsunami nearly two years ago and unfortunately the predictions were accurate. The CAA further warned that the Pursuit Policies of VicPol would lead to serious consequences and unfortunately that prediction was also accurate. The Bourke Street massacre highlighted the folly of current police policies.
We now predict that unless there are major changes to the police philosophy the Judicial and Penal systems the Crime rate will not flatten as Community and Police Leaders would try to have you believe, but escalate to unbelievable levels. As Police and Community leaders search for the slightest positive in the latest crime figures, the reality is, no matter how you cut it or slice it, we are spiralling towards anarchy.
We have been drawing comparisons between Vitoria and New South Wales Police for nearly two years but the penny still hasn’t dropped in Victoria. It is farcical that another State (right next door) has, and continues to succeed, when Victoria is sliding towards an abyss – we can only assume that pragmatism has been overridden by dogged adherence to some altruistic socialist ideology that’s purpose is not entirely clear.
We are not sure whether there is a glimmer of hope or an effort to ‘spin’ the Community in what Deputy Commissioner Crisp, is reported to have said in response to the latest Statistics,
“Mr Crisp credited old school policing with the recent flat lining of crime.
Arrest numbers have climbed 15 per cent to a new high.
“It’s the back to basics policing for us,” he said.
“It’s about targeting those high-risk recidivist offenders.
The last line is the giveaway and needs to be questioned. It sounds suspiciously like the focus on Task Force Policing is likely to increase dragging further resources from Police stations which is one of the key anomalies of this failed policing experiment embarked on in Victoria.
It is precisely the “Old school policing”, and “Back to Basics approach (prevention),” that the CAA has been advocating since its inception and has been roundly pilloried by VicPol for being old school and from another era not relevant in today’s policing. Today’s policing has failed dismally. It is a time that reality was acknowledged.
The claim by Crisp that arrests are up 15% and that is a good result shows how far VicPol is away from a solution to the rapidly rising crime rate. If crime is up, of course arrests will be up, it is a mathematical certainty. More crime equals more arrests. A bit like shooting fish in a barrel, the more there are the easier it is. What we need, is to reduce crime in the first place, which will mean fewer arrests as there will be fewer offences and fewer criminals. This is the fundamental police premise that just doesn’t get through to VicPol. Crime Prevention must be the first and main focus of Policing.
The other major anomaly is the management by statistics which has led to Police Operations working in the, “past tense” for years. Crime Statistics are submitted by operational Police (when they have time), gathered, collated and evaluated by analysts and then reviewed and the targeting decided upon by a designated Officer. The tasking is then organised with input to the roster cycle.
Sounds good, but this is purely a theoretical approach lost in reality as the police are responding to the crimes committed up to two weeks earlier. Operating perpetually in the, “past tense” means that Police from a particular station can be deployed elsewhere to police a problem that happened a week or more ago reducing the Policing in their normal operational area where crime and disorder is allowed to fester feeding the ever increasing crime and disorder cycle, known as reactive policing.
It is unfortunate this tasking experiment has become the Holy Grail, instead of being a tool to assist in decision making, it has become the decision maker.
The absolute glaring omission from the Political and Police propaganda is “PREVENTION” a concept that is clearly not understood by the current management, much less acted upon. The first principle of Policing is prevention, that simple act of preventing crime which will not only reduce the number of crimes committed and the number of criminals but also make many fewer Victorians victims. Something that does not appear to be a priority for VicPol.
Crime Prevention is the first priority of a Police Force (NSW Police case in point) and the Mission statement for Victoria is no different to any other police force. However Prevention does not manifest itself to any degree in Victoria policing.
The attempt by Victoria Police to arrest their way out of this Crime spike raises another major flaw identified by the CAA and is yet to hit us. It is well and good to take criminals off the streets but what happens when all these Apex gang members and the like are released on parole or have completed their sentence probably within twelve to eighteen months. It won’t be the six year crime cycle the Premier Andrews talks about, it will be the twelve to eighteen month cycle we have to live with. The chances of these criminals coming out of the system any better than when they went in, is stuff pipe dreams are made of, we will be in for it again.
And before the Social architects of the elitist left start blaming the Juvenile Detention system, can you please just get a grip. Before you start on the much extolled mantra, “don’t put children in Detention as it will only make them worse, rubbish,” ask yourself the question “Worse than what”?
It is now critical that people like the CAA are taken seriously and their views properly evaluated – it might just help