A CLOSED POLICE STATION – A SOLUTION? 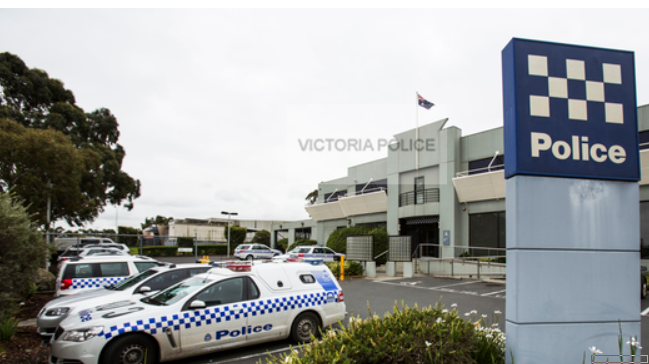 The current demand on Victoria Police staff for COVID extraneous, but essential duties has created a resource burden never placed on the Force in modern policing history.

The maintenance and improvement of service delivery for Victoria Police is a stated priority for the new Chief Commissioner, and in the current environment, this will indeed be a challenge.

It is not only the depth of the impact on resources, but this demand is likely to be for a very extended period and although Victoria Police has a very good surge capacity, to maintain that level over an extended period is an entirely different challenge.

Ironically if police had taken charge of the COVID Quarantine Hotels as was initially proposed, we might have avoided the COVID lockdowns, avoided many hundreds of deaths, and Victorians would have suffered a much smaller economic impact. The State could have returned to some sort of COVID normal months earlier.

Not all the resource needed to secure the Quarantine facilities need be police, but the police should have taken charge.

Health Officials were and are required to manage the security of the quarantine facilities, and this decision remains the most ill-considered process in the whole COVID pandemic. Their expertise is health, not security, and that explains the failures

As to why police did not take charge is for others to debate, but the CAA is convinced we would not have the issue facing policing today had another and more appropriate course been taken when the need for quarantine facilities first surfaced.

At this time, care must be taken not to make things more difficult for police.

It is most disturbing to the CAA, and no doubt VicPol, that the Secretary of the Police Association, Mr Wayne Gatt, in a radio interview set out in the public domain all the detail of the drain on Police resources.

The picture painted was that regular police work is severely impacted, particularly in certain geographical locations.

While that proposition is true, detailing where the impacts are (which police stations have reduced services) was inappropriate and somewhat naive.

The argument that the community needs to know is trumped by the impact of telling lawbreakers where there is a policing service deficit.

The community’s major issue is the role of the police station as a place of refuge in an emergency, and there is no issue with that role; however, in these times, to ease public angst, alternate refuges must be explored.

Mr Gatt, taking the opportunity to educate the public on how to respond in these times, would have been far more appropriate than breaching operational confidentiality.

A long-forgotten community policing initiative, the ‘Safety House’ program should be bought into the 21st Century and updated and modified for the times we face. “Safe Place” may well provide the solution.

The existence of the ‘Safety House’ program had a crime deterrent aspect, but the little yellow logo on various letterboxes throughout the community was designed to provide a safe bolthole for children who, for whatever reason, found themselves vulnerable.

This allowed the approved ‘Safety House’ occupants to offer comfort and support, contact the child’s family or police or whatever else was appropriate.

This same concept, a ‘Safe Place’, could be used for the wider community, but instead of using private houses, commercial operations with appropriate security for their own staff could be used in a similar manner.

It would be comforting for the community to know that in a non-medical emergency, they could seek refuge in a commercial business that has the security of people, lighting and CCTV, and a detached staffer who can contact the appropriate service.

This program would be unique to Victoria and not rely on police stations’ operational variables being the sole provider of that service.

Even with the Force back to full operational capacity and all stations again staffed 24/7, this program would still provide an important service.

The additional sites spread further the protection for our most vulnerable in time of duress.

As with the ‘Safety House’ program, the by-product of connecting police with the community through that program would be replicated in the commercial application.

There is, of course, substantial detail to be addressed to implement a program like this. However, the effort would be well justified and should be embraced by the Police Association, rather than breaching operational confidentiality, which can only increase community risk and therefore risks to Police members.