A HEALTH DEPARTMENT POLICE FORCE WE CAN TRUST? 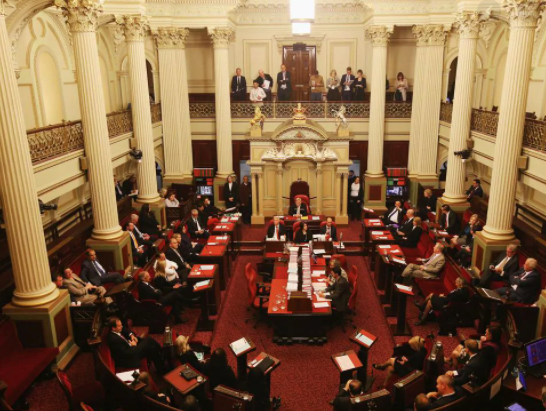 5th October 2020
Why is it important to look more closely at the issues surrounding the implementation of the Quarantine debacle on the cusp of the debate over the Omnibus Bill that is to be presented to the Upper House of parliament this week – it is a matter of trust.

The Omnibus Bill has one extraordinary and very dangerous part. The establishment of a Health Department Police Force – euphemistically called ‘Authorised Officers’.

The Quarantine debacle was not the finest hour for this Government. Now the same Government Department that was responsible for the operations of the Quarantine Hotels, the source of nearly all infections responsible for nearly seven hundred deaths, the seventh-highest number of deaths of any disaster in Australia’s history, wants to build its own Police Force, what could possibly go wrong.

‘Trust us’, is the plaintive cry of the Government, but trust credits are in short supply.

This part of the Bill may also be a Government tactic. While we are all focusing on the ‘Authorised Officers’, part of the Bill the rest may sail through extending the Governments unfettered powers for another six months and with current COVID trends, that is totally unnecessary and moreover dangerous.

The Reasons Party’s position in the first tranche of this legislation that it is extended, in monthly increments, was sensible and should have been adopted.

We have also seen the dismantling of our democracy and the removal of checks and balances, so to have a Government Police Force is a step too far towards permanent totalitarianism – something we are enduring now.

The normal scrutiny to keep things in check have been supervened.

The majority of the Government Cabinet has been sidelined; the Government backbenchers have also been sin-binned, lest they challenge the autocracy, and they collectively are all mere passengers.

The Governments party machine has also been stymied as the democratic function of the Government’s own Party has been suspended while the issue of the Branch stacking allegations is sorted. So, party rank and file are silenced and cannot challenge or influence the Government. A sceptic may view the suspension of the Party as a convenience for the Premier.

We note, the Liberal Party has conducted an audit of their membership to address any vote stacking without the necessity of suspending their party function, something Labour could have done but chose the option to close the machine down, very convenient.
We are confident that we as a State would not be in the mess we currently are, had the Labor party members not been silenced, whether they are elected members on the outer, or rank and file, there are many, many, good people in Labor who would speak up if they could. Under the current regime to speak up would be political suicide, such are the times we endure.

But back to the Omnibus Bill and its sting in the tail. Given the makeup of the Upper House, the Government is going to require a handful of the Independents to get this Bill up, so the decision that allows this Bill through including the new Police Force, rests with them.

We are relying on the independents to protect us from the tyranny of this bold step toward totalitarianism, a Government with its own enforcement arm as distinct from Victoria Police which is independent. Although many argue that VicPol is politicised, we do not subscribe to that view, particularly under the new Chief Commissioner.

If the independents fail us, they will be held to account by the Electorate. Their decision will be critical for their future participation in Government. They will not survive, if by their vote the Electorate is subjected to another six months, until April 2021, of the State of Emergency. You can guarantee their constituents will be well reminded.

There are currently about sixty ‘Authorised Officers’ working in the Health Department, and we never knew of their existence, so well do they do their job. But, this new proposal, that is recruiting, anybody makes a mockery of these people who are all tertiary educated in the appropriate disciplines, where the new breed, will receive two weeks training to achieve the same status.

It also should be noted that the ‘Authorised Officer’ positions have been already advertised ahead of the Bill being passed, such is the hubris of this Government.

We also do not know whether we will see hundreds or thousands of these poorly trained super-powerful individuals skulking around our community?

We are confident that there will be plenty of applicants for the positions as many Security Guards are now out of work, and will come with invaluable experience?

The CAA calls on the Upper House to strike this dangerous Omnibus Bill down.