A troll exposed and who it is will be a surprise 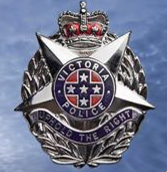 A personal attack on the Chairman and more generally on the Community Advocacy Alliance (CAA) by  Victoria Police was aimed at trying to discredit and bully the organisation as thirty years out of touch and therefore irrelevant to the modern demands on Policing.

The attack was delivered on behalf of Victoria Police by an acting Deputy Commissioner Fryer.

The attack apart from being generally churlish was factually incorrect and exaggerated. It is true that some of our members of the executive of the alliance have retired from executive positions in Victoria Police and elsewhere some time ago. But the CAA Executive also has civilian members who influence the CAA from a community perspective and like the Policing component represent historical and current victims. The executive also has members who finished their police careers recently.

What may not be particularly palatable to Victoria Police is that serving police support the CAA and much of the material produced and policies recommended are influenced by these members.

What stood out about this attack and what was obviously the personal nature and an attempt to bully the CAA but most disturbing was the avoidance by Victoria Police to address the thing that has spawned the CAA and community concern – the Crime tsunami currently being experienced in Victoria. This core issue completely ignored.

Part two of this attack was a post on the CAA Facebook page by a Vernon Demerest which generally followed the same line as the Fryer attack. This Demerest attack was in response to a defence of the Victoria Police allegations by one of the executive who was personally offended.

In this attack Demerest bemoans that the Plan 100 produced by CAA is, “A list of easy gets, which appeal to populist politicians who aren’t really interested in doing the heavy lifting by investing in the things which will really make a long-term difference to the social problems we currently endure. Early intervention in childhood development and education, for example.”

This is an enlightening insight to the author who criticises the Plan 100 obviously without reading it. A key strategy of the Plan 100 is to reengage with Youth and in particular reintroduce Police to Schools in a structured Police In Schools Program. Be interesting to know what all this heavy lifting is and how that helps Victorians currently living in fear. Having cheap shots at politicians will not do the authors career any good.

A bit about the Demerest.

Vernon Demerest is a fictional character played by Dean Martin in the movie Airport, ironically thirty years ago. Yes the Facebook page is a fake as is Demerest fictional.

Demerest became a troll on the CAA Facebook page lodging a number of posts attacking some of the genuine people who made rational coments.

Demerest was invited to expose his real identity but as with all trolls he continued to hide.

One would have thought that the troll who is a serving member of the Victoria Police would have realised that trying to outsmart a coterie of ex police who coincidently are all  trained investigators would not be the smartest thing to do..

It did take us forty eight hours to identify the Troll’s alter ego who has now taken down the fake Facebook page deleted all of his posts and even deleted his own Facebook page. All a bit late the material was retained by the CAA and for security distributed and filed elsewhere.

The problem for the CAA is, what to do now.

We know who the troll is but to expose the troll would be very embarrassing for Victoria Police given the positon the Troll has in the organisation but the public has a right to know as they are paying this troll’s salary.