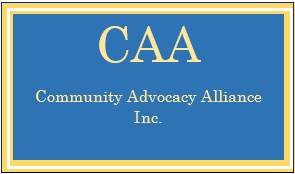 Over recent years I had been visiting Mick more frequently than I had previously, perhaps once every other month until the time he went into care. He was usually to busy for more frequency.

Over the last few years, he was very much across what the CAA was doing, and we discussed it regularly.

At each visit, I did my duty and provided the Vanilla Slices from the local Brumbies – running late one day I grabbed them from my local cake shop, but he was right on to my subterfuge attempt, and although gracious, let me know.

Eating a vanilla slice was a very practised art for Mick, and there was a certain way that the slice must be approached. I must confess that taking the ‘squish’ out of vanilla slices did not seem right.

I once took a selection of exotic Greek cakes for him, and although we ate one each, the balance went into the fridge for his daughter. I always wondered whether she actually got one. He had a wicked sweet tooth.

On one visit while he had a vanilla slice, he produced some diabetic biscuits for me. Eating cardboard while he ate his slice was tuff but he insisted I take the balance of the packet home. I suspect he actually went to some trouble to get the biscuits, so I expressed my gratitude.

He asked lots of questions about our work and was forthcoming with ideas and positive comments. He expressed the view that our function was critical, given the state of Policing as it then was.

His view was that for two reasons he could not get directly involved in the CAA. The first was that he was getting too old for the fight, and secondly, a charity he was involved with was in negotiations with the Government, and although he didn’t care about upsetting anybody, he had others to think of.

The charity is a not for profit funeral home that provides funerals to those that could not afford it.  Mick was very strident in that people no matter how they lived their life on earth; they were entitled to leave it with dignity.

At one meeting he was talking about the Funeral Homes Hearse, and how they were getting a new one, ”I want at least to be taken out in a good one”, was his quip.

Every meeting was similar as he always started by asking after Kelvin Glare, whether I had seen Ivan Kolarick, (former ethnic adviser to VicPol)and made comments about Geoff Wilkinson(former media director for VicPol) and Dr Bob Haldane (Police Historian).

He did talk about VicPol Leadership, and he had been very disappointed. He took particular exception to one that deserted their post at a time of crisis, and that was inexcusable.

He was optimistic about the future of VicPol as it was resilient and his only comments about future leaders was that Sir Ken Jones or Lucinda Nolan were the only ones he could see as capable of doing the job needed.

His parting comments on each visit was “Keep up the good work”.

We will Mick, we will RIP.