CALLS FOR MORE POLICE BUT – THERE’S THOUSANDS NOT USED 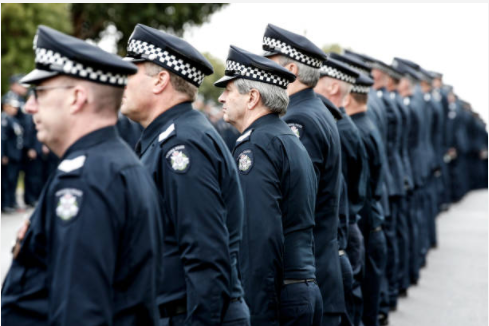 The demands on Policing are greater than ever.  Natural disasters, the Covid pandemic and more demonstrations place an additional burden on police resources and make policing more complex.  With demands like gathering statistical data for other agencies or authorities, and some other extraneous duties distracting Police from their core function exasperates the problems.

It has become undeniable over the last year or so that the Victoria Police Force’s surge capacity needs to be reviewed.

Ironically, the CAA identified the issue in 2018, and the recent disasters have highlighted that our concerns were well-founded.

If anybody is under any illusion that it is all OK and VicPol is coping, have a long hard think. They may be at the moment, but this cannot be sustained.

Under the current circumstances, VicPol is doing an outstanding job, and we feel for the members, from Command to Constable they are all under relentless pressure. Unless some circuit breakers are installed rapidly, the long-term impact will be nothing short of catastrophic.

The inevitable outcome has been and will continue to be felt in two ways, a continuing and escalating crime wave that the CAA has predicted and the demise of Police members succumbing to the relentless demands of tight rosters and overwork feeding into members cracking, some never to live a life free from mental illness as a result.

Both outcomes will need generations to repair and incur unimaginable costs.

The people in VicPol who will feel the brunt of these outcomes will be the most valuable asset VicPol has, the General Duties Constables and Senior Constables.

Those who maintain and hold the thin Blue line.

The problem is we need effectively, a thousand more Police urgently; today would not be soon enough.

And that is but a ‘pipe dream’ because even if the Chief Commissioner was given an open cheque book tomorrow, we will not see any meaningful impact for three to four years, and by that time, the damage will be done.

Since 2018 CAA has promoted the concept of establishing a Police Reserve Force to assist VicPol to achieve surge capacity. There are literally thousands of former Police in the community who could be mobilised in the right circumstance at a fraction of the cost of expanding the Force dramatically.

The massive advantage of using these former Police is that they are a known quantity and come pre-armed with a Police culture.

It will take some highly skilled people with creativity to establish a worthwhile and suitable Reserve Force. This can comprise age-retired former Police and many who have resigned through medical or other reasons and have now regained their health.

The broad principle of using these people is to free up regular members to perform the frontline policing tasks by releasing substantial numbers of members from non- frontline duties to police the State.

It would also allow for serving members who cannot handle frontline work to move to the Force Reserve, where their services can be better utilised.

The recent broohooha over Police Station closures and excessive response times could have been averted by a viable reserve capacity that could keep the lights on and operational Police on the road.

The CAA is confident that a Reserve Force could be designed and operational within months far more cheaply than any alternative with the right people tasked to its design.

The CAA offers its expertise to assist in any worthwhile exercise to achieve this outcome.

This is where an extra 1000+ police can come from.