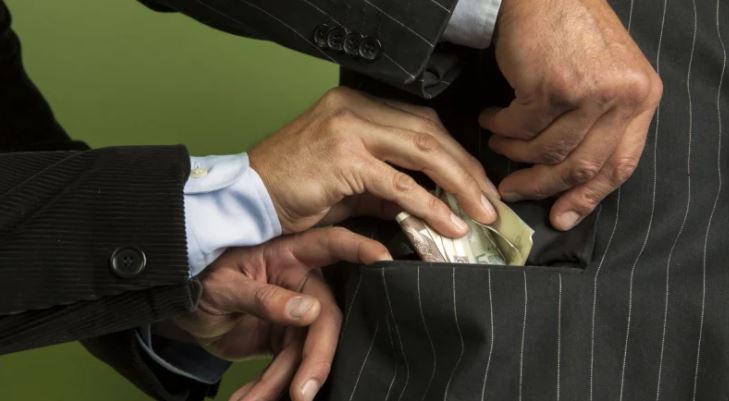 This corruption list compiled by the CAA is from public records and is a quantitative sample of those that we could locate.

As you read through this list, the challenge is to identify which of these acts would not have happened or would have been mitigated had there been appropriate and adequate supervision.

Corruption hurts us more than we think.

The World Economic Forum estimates the cost of Corruption is 5% of GDP Worldwide.

Although hard to be precise, we suggest a nuclear family could be losing somewhere around $10,000 per annum. Whatever that number is, we cannot afford it.

Ironically those who perpetuate Corruption are also losing that amount – Corruption does not necessarily pay.

By our count, a staggering 90% of these matters would have either not occurred or would have been lessened with proper supervision and management, complying with basic Governance rules.

Nothing will change until the managers at all levels are held to account and suffer penalties for their failures, and that can probably only be achieved by a ‘Hue and cry’ from the community otherwise, we fear the corruption train will continue at full pace.

Many of these examples transcend multiple levels of management and the current attitude that the higher the station in an organisation, the less is their accountability.

This is a false premise; as you will see by the list, many perpetrators were themselves in the upper reaches of their organisations. But they all had something in common, irrespective of where they are in the order of things; a higher authority that they reported to, and it would seem those with power are never held to account.

To curb Corruption, accountability and Integrity must be sharpened, and any deviations of Governance reined in, the higher the hierarchy ladder is ascended.

The premise that those removed from where they might get their hands dirty are not accountable must be reversed, and consequences for failure applied.

Why should they not be held to the same level of accountability as the perpetrators?

This is just a snapshot to indicate the type and breadth of Corruption in this State, and we are confident that this is only a small percentage of known corrupt practices, but it is anybody’s guess as to the totality of the problem.

The only way things will change is if the community is made aware of the stench, and they become motivated and vocal to protect their own interests.

We need committed politicians who understand the problem to address the matter properly and that can only occur if the public applies pressure to them.

The community has the opportunity this election year to have an impact.

It is whether they can be motivated.