COVID-19 the gateway to dealing with illegal drugs 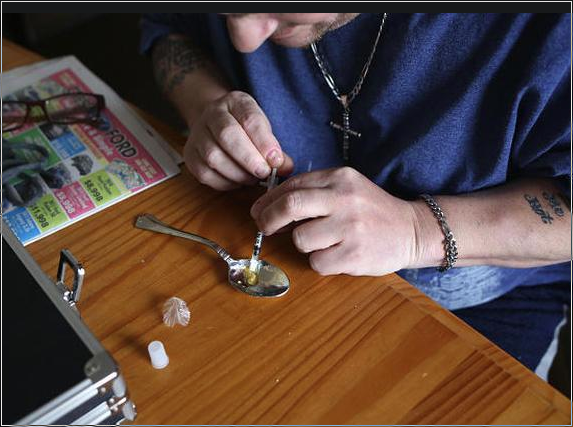 A once in a generation, or perhaps once in many generations, an opportunity presents for there to be a meaningful attack on illicit drugs.

It is now entirely possible to bring together, those that see drug addiction as a health problem, and those that see illicit drugs as the criminal problem it is, all thanks to COVID-19

In response to the COVID-19 threat, the Government embarked on a major effort to increase the number of hospital beds to deal with the estimated number of people requiring hospitalization as a consequence of the Pandemic.

This has been an outstanding effort, and places like the old Peter Mac and facilities at Geelong and elsewhere have been established and fitted out to deal with the number of expected COVID patients that thankfully has not, and is not now likely to occur.

We now have all of these Hospital beds that we could repurpose creating more jobs and impacting positively on the management of the other Pandemic, illicit drugs.

Note we have said management not cure, but that could be the bonus outcome.

Equally and just as important is that drug addicts/users often have underlying issues, both physical and mental that are never addressed.

The flip side to the health aspect is the criminality that is ever-present with the illicit drug trade and the enormous impact that has on the broader community both from a financial impact and the personal safety of everybody.

With a lot of publicity that centred on the ‘Ice’ epidemic, there have been no meaningful strategies put forward to address the problem, and often those most exposed to the issues take the easy way out, hoisting the white flag and argue to legalize the drugs.

Even with the misnamed ‘Safe Injecting Room’ there is nothing safe about illicit drugs no matter how they are administered – it is not the delivery method that causes the damage, it is the drugs. This experiment should never have been allowed to trial, as the experiment fails to acknowledge that the drugs used by the addicts in the facility are financed by criminal activity. How a Government can be complicit in this activity beggars belief.

There are proponents that push to legalize these drugs to solve the problem but that is just nonsensical. Firstly most addicts enjoy living on the edge without responsibilities or accountabilities, opting out of the mainstream. They were called Hippies in the 1960s, or the unwashed, and if you think if drugs were somehow legalized the drug Lords of today, will just roll over and give up their rivers of gold the trade creates, you would have to be incredibly naive.

Any sudden move like legalizing drugs would immediately see the crime syndicates move to other lucrative crime, extortion and kidnapping will be the likely alternatives. The changes need to be incremental and slow to destabilize their market.

We now see the adverse effect on the fitting of cars with engine immobilizers. Because thieves can no longer hotwire a car, the thieves must access the keys subjecting the community to physical harm, home invasions or aggravated burglaries to obtain keys.

In the UK, one high-end car manufacturer introduced very clever fingerprint security technology. That has been discontinued and disabled on the cars fitted with it. Crooks were using the fingers of the victims to access the car, and they were not too fussed whether the victim was attached to the fingers or not.

The principle of unintended consequences, a trap to be avoided.

Our aim should not be too lofty, and a substantial reduction in the illicit trade and an improvement in the wellbeing of addicts would be an achievable target worth pursuing. Removing the trade from public places to reduce the exposure of our children would also be advantageous in the short and long-term.

We can repurpose the Hospital beds?

It will take a brave and innovative Government. The proposal is for amendments to the Health Act to allow Police to randomly test persons they suspect of being under the influence of illicit drugs whether pedestrians or drivers and if they test positive they must be immediately transferred to the Health facility for fourteen days in-patient treatment.

The immediate effect will be to drive the drug trade underground away from our kids, and with the risk of fourteen days treatment, effective immediately, will dramatically reduce the number of drug-affected drivers on the road.

The Health facility must be secure; however, the patients presented by Police should immediately undergo a more sophisticated drug test, and if that contradicts the random test, they are released.

This fourteen-day hiatus in their addiction enables the Clinicians to asses and treat any identified health matters and breaks the nexus of the addict’s associations disrupting the drug trade at a micro-level.

The outcome invariably for a large number of addicts will be to return to their previous lifestyle, albeit far more healthy than they had been, and they have had the opportunity to receive support to beat their addiction.

Addicts are more likely to choose to opt-out of their addiction if they find they are re-admitted to the fourteen-day program on multiple occasions. A couple of admissions might just encourage an addict/user to seek treatment for their addiction. We know for any treatment for addiction, the patient must be a willing participant. This initiative may encourage their willing participation.

There will be many voices in opposition to this approach based on human rights and other nebulous claims. However, we as a community were quite prepared to allow our Government to remove our rights for months without visitors and restrictions on our liberty not to treat but avoid a pathogen and we were not involved in any illegal activity.

In this proposal, it is withdrawing from a group of our community their Rights for two weeks for their own benefit, and this cohort are not merely possible victims of a  Pandemic as we were, but in this case, they are the Pandemic.

Victoria is as ready as it will ever be to accept an initiative like this, given what this State has gone through.

We understand this paper is an overview of a concept that needs considerable work to implement however now is the time to start that process rather than the Hospitals being dismantled or purposed for other things that have less impact on our community.