COVID and Policing – the dilemma 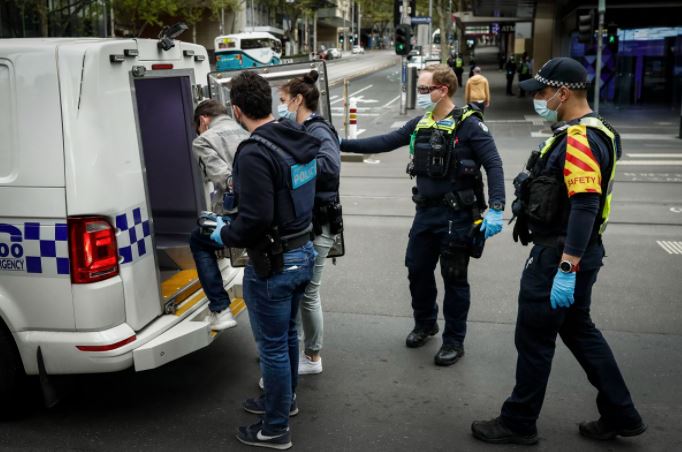 Things have been really tough for Police over the last eighteen months or so when they are regularly dragged away from what they know is essential work to deal with the Covid Crisis.

The hard part of Policing is that the Police share many of the views of the broader community, so it is not surprising that there is disquiet in the ranks and that disquiet is growing.

Additionally, they are subject to a constant barrage of views, statements and questions by the Public demanding answer to questions that the Police do not have answers for because the Government has failed to inform the public and the Police adequately.

The Police are copping the brunt from the people, not the Government who made the decisions; they are ensconced well away from the conflict they have caused.

The most significant frustration for both the public, and the public who are Police, are the inconsistencies and double standards exercised regularly by the decision-makers. A set of rules for them and another for us promoting the concept that the ‘them’ are somehow immune from this disease.

We have all been exposed to ridiculous pessimism of dire outcomes by the euphemism for information – modelling. Whether modelling ever gets it right is problematic as we have seen this now-discredited process fail over and over with climate change and now Covid.

We have all been exposed to misinformation, sometimes appearing as rationale material on the Web. Noting so-called reputable critics are former employees of vaccine producers, but we are never told the circumstances as to why they are ex-employees, as this may destroy their credibility.

We are entitled to be sceptical about these comments, along with a lot of other rubbish masquerading as fat on the internet.

Therefore, it is unsurprising that this disquiet is now manifesting into a movement or organisation of proportions sufficient to raise some interest and concerns.

To each of the many Police members involved in responding to the protests and expressing concern, the CAA empathises with your views. Many of us experienced similar pressures during our police service; however, as it was then, and is now, the proud and resilient Victoria Police will weather this storm.

The bottom line is that you have each taken an oath that must take precedent over your personal views, whether political or otherwise.

Most of the CAA are vaccinated, but we were fortunate to receive the jab when it was not overshadowed by inducements and other strategies to remove freedom of choice.

Most of us concluded it was a wise move partly because of age and, more importantly, the actual on-ground raw data showing the vaccine’s effectiveness.

We saw through the fog.

We also rationalised that having these vaccines processed by the same authority that processed all the other vaccines we are exposed to is reliable.

The list of vaccines that have not raised community ire are;-

So much of the hyperbole has been created by misinformation.

But we are concerned, and while understanding the angst of some Police members, when you signed on to this proud profession and took that oath, your life rules changed, which is a distinction that only Police share.

The vast majority of Police and Police Veterans share this common bond, and although when you cease to be employed (retire) from VicPol, you are never de-oathed, and that oath or its values will stay with you forever.

To all the members who are concerned, the correct way to deal with your stress is to, in the first place, do your sworn duty and ensure your Association acts on your behalf. That is what you pay your union dues for.

Your anger must be directed at the Government, in this instance, not command; remember, they have little choice as they are hamstrung by the ‘Sate of Disaster’ and the Health Orders.

We know they have made mistakes, but we have also seen them learn. Just compare the command and control of the earlier demonstrations in this tranche to the Shrine demonstration.

Please do not take any action that will risk your integrity because you can never get it back once compromised, and do not create additional load on your colleagues; that is not the police way.

We do not judge or criticise you as we have been to a similar place but encourage you to ‘Uphold the right’ because not doing so means anarchy.