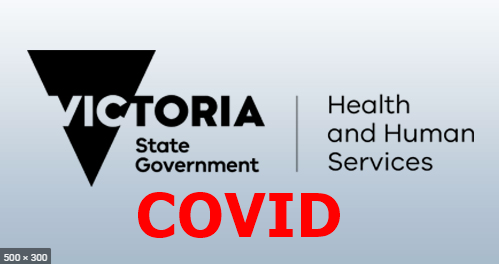 The proposed Omnibus Bill by the Government of Victoria will give unfettered powers to any person that the Department of Health and Community Services (DHHS) deems suitable, and the suitability criteria are so exceptionally wide they will provide a recipe for disaster on a number of fronts.
One would have thought that we have had enough management disasters, particularly by DHHS, without letting loose a mother of all draconian enforcement mechanisms on the people of Victoria.
To give context to the powers proposed, there is an argument that the Powers of these Authorised Officers exceed the powers vested in highly trained officers responsible for National Terrorism.
The DHHS has not endeared itself to Victorians with the number of missteps that have resulted in the unnecessary or premature death of well over seven hundred Victorians. That has to be a number to question the competence of the Department charged with looking after our health. Most alarmingly, nobody seems to take responsibility for these calamities and the subsequent loss of life.
To put this into perspective the number of COVID deaths in Australia is currently 851 with 763 of those being lost in Victoria, the overwhelming majority during the ‘second wave’ when the deficiencies of the DHHS were laid bare.
It is perhaps worth reminding ourselves what the management and functional failures of one of the State’s biggest bureaucracies has, or has, not achieved.
Starting with the hotel quarantine debacle, responsible for 99% of the second wave infections and deaths. That really is a doozy.
Then we have Contact tracing operated on Post-it stickers and note pads, and we are told that it will be a few more weeks (as we come out of this wave) for the system to be upgraded and operational. Roughly ten months after a need was obvious – we should name this Department LDHHS, Lightening Department of Human Health and Services in recognition of their warp speed responses…
And we have a Curfew, thanks to an upgraded low, to middle-ranking public servant, who believed it to be the right thing without consulting the Police or the Chief Health Officer, really, is that how our lives are managed?
We have forsaken our liberties and human rights based on this flawed mechanism for decision making – unbelievable,
That the Emergency Response Officer she replaced was on leave is indicative of the commitment of these public servants in a disaster. Please explain why key people were allowed to take leave during this very serious Pandemic?
That same Health Department, with a litany of failures, is clearly in denial over its mishandling of critical functions, now wants to establish and operate another Police force.
This concept is sure to fail. Giving untrained (excluding two weeks induction) individuals selected by people who have no Policing or enforcement training themselves, and then unleashing these people on our community is an outrage of a proportion that defies descriptors that would clearly enunciate the danger.
All of this, when there already exists legislated power to achieve a similar outcome that has a number of implicit protections for Victorians.
Section 27 of the Police Act 2013 gives the Chief Commissioner the power to appoint people as police constables in these circumstances, either part or full time and for these specific circumstances.
Again it would seem the DHHS, a power unto itself, has headed off into uncharted territory without even considering the adverse consequences.
This effort rates up with some of the outrageous storylines of ‘Yes Minister,’ a parody of the current events.
Unbelievable the solution was so simple, but it now looks more like a power play of the titan Government Departments.
The Chief Commissioner already has the power and the appropriate infrastructure to manage and train the Authorised Officers for the task if required.
The Chief Commissioner can also appoint the members of the Military as Constables for the purposes of this disaster which would be a far more effective and sensible strategy.
And if you thought that DHHS couldn’t do anything more stupid they have advertised for Retired Police to become Authorised Officers.
Stupid because the vast majority of Retired Police would be over 60 years of age and are entering the danger high-risk zone for contracting the disease, and part of the job description is dealing with non-compliant carriers of the disease
Maybe they see these people as expendable.
They are certainly treating the rest of us like idiots.