‘CREEPING ASSUMPTION’? – EXCUSE OR A COVER-UP 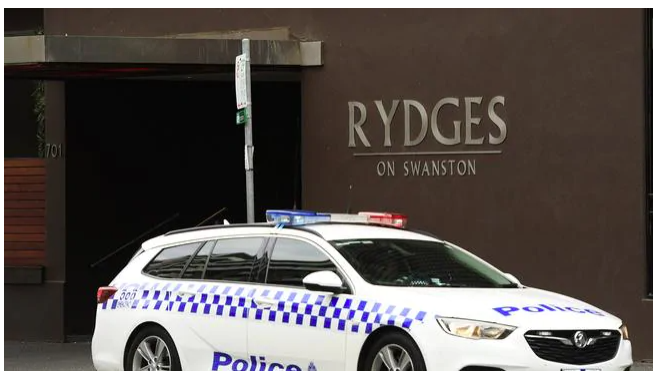 Trying to discover who made the fateful decision to firstly employ, and then fail to manage the Security Guards used at the Quarantine Hotels, is indeed a very vexed question that takes some deft picking apart.

We know, for example, that the Premier announced the Victorian Government policy on the Quarantine Hotels program and in doing so told us that Police, Military, and Private Security would be used.

So we know where the use of Private Security started, albeit the third of the options to be used.

After the policy announcement we are told, the Public Service then has to ‘operationalise’ that Policy – nothing particularly startling or wrong in that.

But here is the murky bit.

We have learned throughout the Lawyer X Inquiry and the Quarantine Inquiry that Amnesia is as contagious as COVID amongst senior Government executives.

Former Chief Commissioner Ashton, unfortunately, has a particularly nasty strain of this amnesia contagion. Unless there is written proof, it would seem that everything else is a blur that Ashton cannot recall.

That brings us to the mystery of the ‘6 minutes’ where Ashton’s position changed from one of inquiry, at the start; and six minutes later, to one of authority that VicPol would not be used.

What happened in that six minutes is critical if we are ever to find out the truth.

As far as we can conclude, either Ashton took the six minutes to compose and change to the assertive tone of his own accord, or there was a conversation with somebody that gave him the confidence to exercise assertiveness.

What we do know of Ashton, responsibility is not one of his strong suits as demonstrated in the Coate Inquiry, and before that in the Lawyer X Royal Commission, so the chances that his strategic change was done without, what he determined as, rock-solid support, is so unlikely it can be dismissed.

We also know that anybody who stands up to or disagrees with the Premier are committing political suicide and will be thrown in the freezer or under a bus or both.

So that just about eliminates that this action by Ashton was his own initiative.

What we can also reasonably conclude is that whomever Ashton spoke with, whether by phone, email or otherwise, was somebody that had the ostensible authority. That only his police phone was checked still leaves the option of a ‘burner phone’ or any of the myriad of ways of communication available on the internet.

Given that all the prominent senior people who have denied on oath any involvement in the decision, that only leaves the Premier, and the one unidentified person who could speak as for the Premier with authority who could give Ashton the confidence he displayed. The Coate Inquiry has seemingly overlooked that anonymous person.

Is this an example of unelected and unaccountable political staff of the Premier’s office exercising authority beyond their remit? The one group not examined by the Coate inquiry.

It would be interesting to know what part any of them played in this artifice.

Ashton withholding the Police from the task was a deliberate action that has never been explained or justified. This is important, as using Police for Quarantine may well have avoided many of the subsequent deaths and severe lockdowns we have endured.

That the other aspect of Andrew’s policy on the management of the Quarantine facilities, that has not been explained, is why the Military was not used?

We know, contrary to what Andrews has claimed that a large number of Defence personnel were available.

Was the Premier misguided by somebody, did Ashton play a role in any part of perpetuating the myth of the unavailability of troops?

Or did the faceless staff play a role in these matters, perpetuating that myth?

To date, these critical questions have not been addressed in the public process of the Coate inquiry and to come to a conclusion, completing the task, all participants must be investigated properly.

The use of Private Security, in our view, was not a ‘creeping assumption’ but a series of deliberate actions.

There are over 800 Victorians whose lives have been cut short by this, contagion the seventh-highest death toll in Australia since the country was founded.

The families of the victims of this COVID pandemic deserve an answer.

It will also be interesting to see if the Coroner, His Honour John Cain Jnr, will open an inquest on the matter sometime soon. As these deaths are within his jurisdiction.

Failure to do so would be a further travesty that victims must endure.