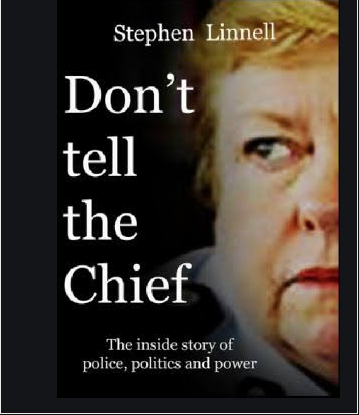 I was recently given a book by a friend with the only advice; you will enjoy the read. Being diametrically opposed to the Policing values and strategies introduced by former Chief Commissioner Nixon, her photo on the fly cover seemed to ensure I wouldn’t enjoy the book. I had assumed it would be just a self-serving papering over of the facts of her tenure.

I was puzzled as my friend knew my views, and for that reason, I took on the assignment.

I am not sure that enjoyment was the emotion I experienced. As I waded into the book it became clear that arguably, and sadly, it chronicled how The Victoria Police Force had been de-forced, and how a toxic environment was created to allow the likes of the Lawyer X catastrophe to evolve, as well as many other management debacles that still have a negative impact on VicPol today.

The book is by Stephen Linnell the Victoria Police Media Director during the reign of Christine Nixon, 2001 to 2009.

A decade on, and VicPol still struggles to recover.

I have never met, and do not know Stephen Linnell, so this is an independent comment. As for Nixon I have never met or had contact with her. My knowledge and opinion of Nixon is based purely on media reports and ‘informed sources’.

It is clear from this book that what many former Police suspected for a long time was, in fact correct.  VicPol management was destroyed by incompetent, skill-less pretenders and self- centred egotists, who were masquerading as Police professionals that were focused on themselves, rather than what they were employed to do.

Nixon’s role was that of a facilitator creating the environment for these things to evolve.

The organisation was run and may still be, by a coterie of Elites, serving only their objectives to gain and hold onto power.

According to this book, not only did Linnell have a front-row seat to the machinations of VicPol, but he was swept up in it and paid an enormous personal cost for loyalty.

I know many of my contemporaries often muse the conundrum of just what happened that took Victoria Police from the preeminent Police Force in Australia, to become the most inept, and derided by other Police Forces.

The book as it turns out, is a fascinating insight from within, chronicling the decay of the management of Victoria Police and the evolution of phenomena like Judicial Management, and the folly of Matrix Mangement, just two of the go-to tools of the Elites.

Judicial Management has now become entrenched and is used to control the members through the use of legal instruments. Whether that be the Courts or other organisations designed to fight serious corruption they are instead used to manage the awkward or those perceived to be threats to the Elites power base.

Linnell was swept up in the Noel Ashby, Paul Mullet struggle of the early 2000s where the art of Judicial Management was developed, later to be refined and applied to Sir Ken Jones who’s efforts to stop the Lawyer X debacle were thwarted.

The hope is that one day the sealed affidavits used to gain warrants for Telephone intercepts used by the Elites and hidden from scrutiny are opened, and we can see the alleged justification that led to partners and children of Police executives having their phones tapped. That will also clear any fears that the Judiciary or the Legal fraternity were complicit in this practice.

Linnell became a prime victim who was destroyed after being trapped by a process supposedly to fight crime and corruption rather than questionable matters like an executive power struggle that should have been dealt with by the Chief.

This whole matter was the product of the Elites forming suspicions based on questionable material and then set about trying to create the facts to fit their narrative. This is the antithesis of proper Police investigations, which involves gathering the evidence first, then determining what if any offences exist.

If you have an interest in the goings-on in the upper echelon of Victoria Police during that era and perhaps why VicPol is where it is today, ‘Don’t tell the Chief’, by Stephen Linnell, Wilkinson Publishing 2010. Still available from a number of online retailers.

You will be amazed at some of the crazy management processes bordering on bizarre that were implemented.