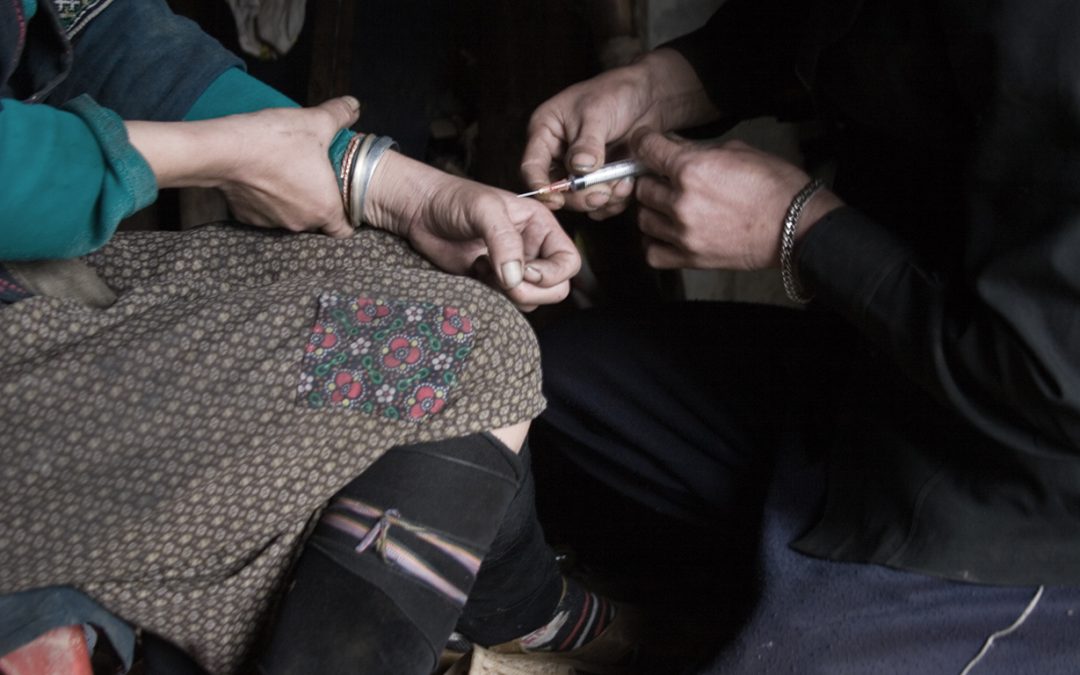 There is no argument, based on fact, that we are not winning the war on drugs. The benefit of the millions of dollars applied to the supply side of the illicit drug trade can only be described as relatively ineffective on any cost-benefit analysis. Equally, there is no effective broad-based proactive strategy to address the issue of users, the demand side.

Huge drug busts should not be the measure of success for law enforcement because, at best, it causes some disruption. But, as one commentator quipped recently, syndicates allow in their business model for law enforcement to have some success as well as being ripped off by other criminals. Still, the vast profits make this risk worthwhile.

We do not suggest targeting criminal importation of illicit drugs be wound back. However, to make the war on drugs deliver some impact on the illicit trade, we need to attack not only the product but the hearts and minds of users and potential users, and that is the demand side of the equation.

With reduced demand, the supply will ultimately shrink after initially creating an increased oversupply. As a result, the oversupplied product is harder to offload testosteroni ilman reseptiä, forcing prices down, and the level of crime to maintain a habit fades.

Although we are not naive enough to suggest a strategy addressing the demand side would eliminate the drug trade, it will not, but combined with the attacks on the supply side; it is likely to markedly reduce the number of users and, to a degree, mitigate the problem The mitigation will be in direct proportion to the application of strategies aimed at the demand side.

Most current resources applied to the demand side are generally targeted at those entering or about to enter the criminal justice system. Unfortunately, there is little evidence that there is any effective intervention before this, and by the time users enter the Justice system, the chances of an effective diversion are severely diminished; it is too late for many.

The CAA believes that a strategy that involves early intervention is far more likely to be effective than waiting for the problem to substantially manifest as with other health and criminal problems.

We have come to accept that Quarantine is a very effective way to control contagions in the community. Illicit drugs arguably kill more Australians than the COVID Pandemic. We accept Quarantine for that lesser evil, so why not apply the same principles to Illicit Drugs, creating drug Quarantine facilities.

How to populate a drug quarantine facility.

Anybody suspected of being under the influence or adjudged by Police or a medical practitioner on reasonable grounds to have ingested illicit drugs, and a drug test on-site returns a positive, these people can by Health Order be immediately placed in Quarantine.

A secure place where users can be medically assessed and held on a Health Order for up to fourteen days while they are evaluated and their health adjusted before being released back into society or the legal system.

The first function of the facility is to conduct a clinical assessment to confirm the presence of illicit drugs. A person found no to be under the influence of drugs must be immediately released from the facility after advising the Police if other Justice obligations exist.

During this period, experts can work with the person to guide them to deal with any dependency or other health issues. They can access support if required and have them return to society in a better condition than what they were, armed with how to escape their addiction and or lifestyle changes to remove the necessity of drugs before they become addicted.

Taking drug-affected people away from Hospital Emergency Rooms must be one of the great positives of this strategy.

We would argue that there is no reasonable opportunity for clinicians or others working in the shooting gallery environment to have any useful interaction with the addicts. That is probably because there are none, supporting the argument that a shooting gallery is a drug facilitation facility.

Users arrive desperate for their fix and leave on a high, so the argument that prevention work is carried out is a myth. That is probably why the most important statistic that these facilities will not publish is the number of addicts diverted from their addiction.

It is not an unreasonable hypothesis that the shooting galleries are in contravention of the Hippocratic Oath.

‘I will apply, for the benefit of the sick, all measures which are required, avoiding those twin traps of overtreatment and therapeutic nihilism’.

An addict or drug user in Quarantine would be absolutely focused on clinicians making medical intervention far more effective because of the nature of the facility.

What of the mechanics of this proposal?

The concept is to have strong security by a suitable agency and inside managed by Health professionals.

A drug-affected person who has allegedly committed a serious crime and is under the influence of drugs when arrested can be sent to the facility and be transferred to the criminal justice system on the expiration of the fourteen days for Justice processing.

It would be reasonable to presume that an alleged perpetrator will be much better able to deal with any matters being as healthy as can be achieved in fourteen days.

What benefits of this approach.

There would be a number of positives cascading from this initiative; we have listed a few.

Why will Quarantine work?

Will Quarantine move all away from drugs? No, but the impact on their health and giving them a hiatus in their lifestyle might just have the desired effect for many. After fourteen days, they will have lost their position in the drug empire, so they will have to start again. Disruption can sometimes be more effective than the current options and should never be underestimated as a counter to an illegal problem.

Identifying and removing trigger points for addicts over fourteen days would act as step one to recovery, and with the trigger points identified, it can be the start of a way out.

We accept the arguments for rehabilitation and the lack of the resources available to addicts; there does need to be an increase in these resources; however, pouring buckets of money into the rehabilitation of addicts will not solve the problem per se. The nirvana of a rehab centre on every corner would add to the problem, not diminish it, the same impact as safe injecting rooms. They both play as a positive in the drug Marketing mix.

The consequences of no action

The community is only too aware that community leaders’ efforts to manage the drug issue have failed abysmally. There are no forward-thinking strategies that we know of to overcome, or at the very least, a reduction in the problem.

Make no mistake, the explosion of Safe Injecting Rooms is seen as a pathway by some towards legalisation of Illicit drugs; it is merely step one.

Separation of legal and health issues.

We must accept that while illicit drugs are a legal issue, the addiction is a health one, and the separation needs to be understood.

Incarceration within the Justice system only allows the addict to broaden their contact base. Given the innate ability of individuals to be innovative to satisfy human needs (including needs not listed in Maslow’s theory), we are not particularly confident that being in jail will necessarily mean no access to drugs.

While we strongly advocate the health aspect as essential to address, the criminal aspect must not be ignored.

If a person commits a crime to service an addiction, the addiction should be irrelevant to any penalty. Deriving some benefit to penalty before the Courts because of an addiction to an illegal substance, is in our view, objectionable.

It’s not just quarantine as the solution.

A Quarantine program is but one part of the strategy; the other is public awareness campaigns. The Quit campaign that altered community standards is a standout, but in this case, targeting the young to make drugs socially unacceptable in that cohort would be imperative. Take the ‘Cool‘ out of drugs.

The acting Police Minster Ben Carroll, referring to drugged drivers, was recently quoted as saying, “Any measure on our roads to save lives is worth taking”, and he is absolutely right. However, we need a new direction because what has been done to date has been a failure.

It is common knowledge amongst particularly young drivers that consuming alcohol and driving is too risky, but party drugs are undetectable (the integrity of this statement is questionable, in fact). So, they use drugs in lieu of alcohol with all the added risks—particularly the long-lasting effect of days, not hours.

The prospect of 14 days of Quarantine if a driver is detected with drugs would dramatically reduce the Drug Driver problem overnight.

What of the other issues?

This paper does not address the myriad of detail required to implement this proposal but proposes a concept that can be developed into reality in a relatively short time frame.

The quarantine approach to Illicit drugs is new and innovative, and most importantly, infinitely measurable.

Victoria can become a world leader in this field by applying a commitment towards a solution for the illicit drug problem.