How the law makes victims of us all 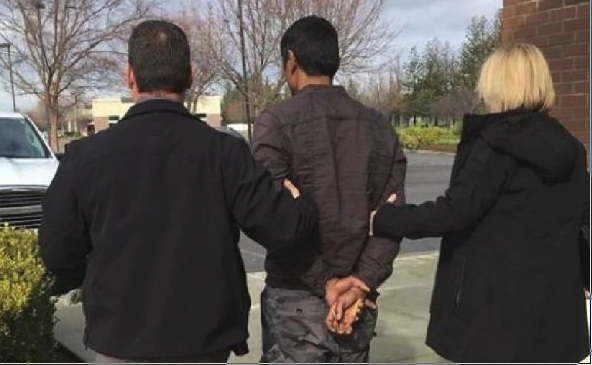 1st June 2017
If a criminal makes a victim of one person (perhaps by stealing, or perhaps by killing) then the law and its appointed officials are supposed to ensure that justice is done for that victim – right?  And that does sometimes happen.  But too often it does not happen, and sometimes the law actually prevents that happening.

Sometimes the evidence against the offender is not allowed to be presented by laws made, not by Parliament, but by lawyers.

Here we will mention just one aspect of this absurdity.  Under the Common Law which founded our rules of evidence which are relevant to a case (whether to the prosecution or the defence of an accused) could, and should, be put before the court.  In more serious cases that means put before a jury.  And it should make no difference as to how that evidence was obtained.

This led to certain injustices, particularly where some form of duress was used to obtain a “confession”.  We can all agree that could not stand – if for no other reason than the very strong likelihood that any admission elicited by force would not be actually true, but merely given to stop the force continuing.  Simple enough.

But then the lawyers took us down the path of the dreadful “Miranda” decisions born in the USA.  Yes, that haven of technicalities and complexities was brought to Australia just like movies and coca-cola.  Movies, literature and news media are replete with examples of the absurdities that followed in the US, and we shake our heads at how that was allowed to happen; how did our cousins get it so wrong?

Well, we did too.  We followed them.  More specifically, criminal lawyers persuaded our Courts to follow them.  Judges make laws sometimes, when our Parliaments are – or remain – silent.

So now in Victoria, if evidence has been obtained improperly it will probably not be allowed to be put before a jury or court.  If it was obtained illegally, as opposed to merely improperly, you can bet on it being disallowed.  And all this applies to material that flows from an improper or illegal act (the “fruit of the poisonous tree” principle).

All very noble, you might think, but the consequences are often grossly ignoble.  In one case the police obtained a warrant to install a listening device in an office and thereby obtained evidence of “businessmen” bribing taxation officials.  The problem was – according to these judge-made laws – they got into the office by a subterfuge;  that was reckoned to be improper.  So the tape recordings of the offenders’ conversations was not allowed to be put forward.

(Do not bother to ask just how a listening device, or “bug” could otherwise have been installed the office – that is not the point here.)

Should the police have carte blanche to go anywhere to search for evidence?  No, or course not.  But is it right that when they – or any other witnesses for that matter – come across relevant evidence by accident, or while looking for something else without proper authority, or perhaps in ignorance of the laws, should be compelled to keep that relevant evidence from a jury/

For example, if an employee of a firm suspects criminal misconduct by the employers and takes a copy of the firm’s records that show this, should that be enough to let the criminals off?  Many an honest employee is prepared to “blow the whistle” but the present laws seem to work against this.

If a constable comes across some people in a car and requires them to open the car boot (perhaps for no real reason other than a general feeling of suspicion or unease) and finds a dead body (or stolen property, if you like) shouldn’t he or she be allowed to tell a court about that?

If a burglar finds a murder victim in a house, while pursuing his own illegal trade, or even hears the murder being committed, would you not want a court to know about that when the murderer is being tried?

The law should seek to protect us from offenders, and to protect any accused person against false evidence – and should doubtless protect any us against seriously abusive conduct committed against us (and that goes for those accused of crimes, too) but the approach of throwing the baby out with the bathwater, as our courts now do, ultimately works against society.

It is certainly possible to frame laws that strike a balance between the seriousness, or wilfulness, of an action, and the seriousness and relevance of evidence that flows from it.

Proponents of the present absurdity will argue that it is necessary to prevent some people (probably police officers, but not necessarily) wilfully trespassing against the rights of others in order to gain evidence.  Those proponents are commonly in the camp of criminal lawyers who themselves have much to gain from that argument, or Human Rights Lawyers who object purely because they can ,but put that aside for the moment.

It cannot be denied that there have been occasions when precisely such trespasses occurred – when suspects were mistreated in some way, quite deliberately, and quite outrageously.  But note that we argue that such behaviour should not go unpunished – that usual deterrents should apply.  We merely argue that another offender, or accused person, should not go unpunished merely because of misconduct by somebody else.

Are we really so incapable of distinguishing between the baby and the bath water?  Do we really have to let crooks go free because of the sins of others?  Do we really need to slavishly adopt the flawed lawyer-and-offender-friendly rules from another jurisdiction where it is routinely abused?

Why do we allow society, ourselves, to be victimised twice – once when an offender commits a crime and again when he/she escapes punishment because of some error by somebody else?

In this current environment the Government must now be heard on the Miranda debacle and clearly articulate how they propose to Legislate change.