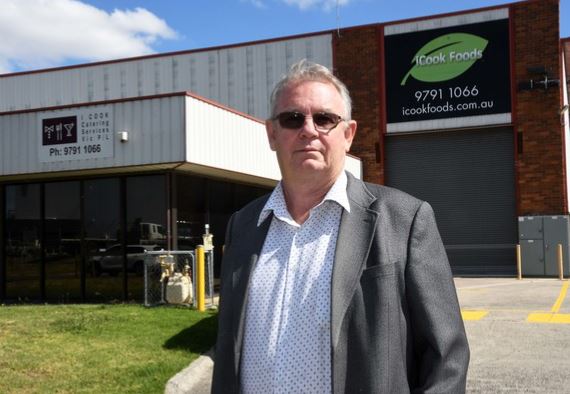 On the eve of the Parliamentary inquiry resuming to further examine the ICooks, Slug- gate matter on the 25th of August 2021, it is worth understanding some of the background, which hopefully will make the evidence given at this inquiry easier to understand.

This is an intriguing and interesting story, but it started in 2007 when as yet unnamed people convinced the then Federal Minister for Infrastructure, Transport and Regional Development to provide $9 million to build a kitchen facility.

This was accompanied by a $6 million grant from the Victorian Government Health Ministry and the then Health Minister.

To top that off, the Minister provided $.5 million as cash start-up capital and interest-free loans topped up seven times over seven years to a touch under $4 million.

Local Government, who ultimately numbered sixteen councils, owners of the entity Community Chef, chipped another $2.25 Million to help get this project off the ground, followed by near regular top-ups totalling just over $4 million.

It cost Tax and Ratepayers $17.75 million to open the doors and a further $14.5 million to keep them open made up of government and Semi-Government top-up grants and an end debt of $6 million with an unknown cost of taxation and other costs excused. This little jaunt cost somewhere north of $30 million, and nobody saw it happening???

The add on costs of putting workers on the unemployment queue and charging the local Government owners more than market rates for their services is probably a number not worth exposing; it would be so scary.

You have to wonder and question the ability of Auditors, Community Chef Management, the Board and the various Government and Semi-Government players and elected councillors that run into the many hundreds, yet nobody could see or chose not to see this whole business was a charade and a failure run on a smoke and mirrors management style.

In a commercial sense, this arrangement, one would say, was for some, manna from heaven, but it gets worse.

The owners of the business, the Councils, are also the regulators of the competitors in the market segment this new business was designed to enter, what a cosy arrangement.

What was the objective of this venture when there were no identifiable deficiencies in this market segment preparing meals for Hospitals, nursing homes and meals on wheels before the entry of Community Chef?

The CAA has been told Community Chef was to primarily provide additional employment during the GFC in the Western Suburbs of Melbourne.

This is a particularly curious rationale as the establishment of Community Chef with unparalleled advantages over all the other competitors and particularly when the owners are also the regulators of the industry. The opportunity for improper practices to become rife, and the ability to destroy competition moves into the realms of criminality

As Community Chef evolved and hired more people, more were put out of work as smaller competitors closed. The net effect would seem to be negative, adding to the overall unemployment numbers not decreasing them.

Community Chef also charged higher rates than the independent business in the competitive market and had quality control issues, driving some of their customers back to the independents.

Fast forward to today, and Community Chef no longer exists; it was sold for $1 to the Government along with its accumulated $6 million debt.

The graphic included, supplied by Community Chef to the previous Parliamentary Inquiry, makes for an intriguing read and gives a breakdown of the support they received.

Many other questions need to be answered in this debacle that will take no less than a Royal Commission to get to the bottom and hold those responsible to account.

This is just one aspect of this matter, the other being the criminality involved in the treatment of ICook Foods as every effort was made to close them down.

We conjecture that the motivation for the crimes perpetrated on ICooks was driven by a desire to get hold of the patented texture modified technology, which had already attracted the interest and offers of millions.

If the Community Chef had succeeded the relief from crippling financial woes based on their track record would only be temporary.

Whoever was benefiting personally from Community Chef, a gift that just keeps on giving must all be identified and held to account.

This Parliamentary Inquiry must be the precursor to a Royal Commission; this enterprise’s depth, breadth, and audacity deserves nothing less