In Victoria Free Speech Costs Us All 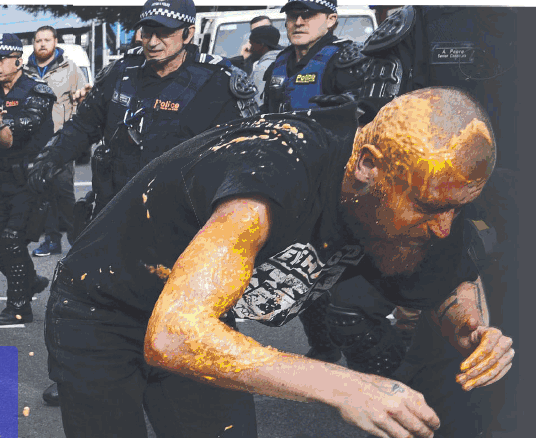 The Community Advocacy Alliance (CAA) today expressed its grave concern at a worrying development in Victorian policing. Namely VicPol attempting to extract thousands of dollars from the organisers of events and public addresses which are entirely legal, held indoors by invitation or ticket and where no offences are committed by the patrons.

The decision to charge the organisers (and not those who cause the resources to be deployed) a fee for holding an address by a visiting and leading British and European MP, Nigel Farage, is appalling. That his address attracted the usual grab bag of left wing activists and anarchists who caused significant public and traffic disruption in a “Public Place” was properly anticipated.

That the Victorian Taxpayer pays for Policing already for policing in “Public Places” is something that must elude Victoria Police. Who does VicPol think ultimately pays for this service.

To in effect charge citizens to attend a private event is dangerous in the extreme. It is in effect an assault on free speech, a fundamental right of all Australians but not it seems a right of people living in this State.

Not to mention the double impost of paying Police to police the “Public Place” by paying taxes and then paying in their ticket again for the same service.

The Victorian public demands an explanation from Police Command as to its policy and its justification for charging  organisers of peaceful events such as the recent address by Canadian, Lauren Southern or last night’s address on Brexit and its economic and political implications for Europe by a British politician. Yet not charging the recent event at Collingwood which was the commercial launch of a record resulting in riotous behaviour.

Friday night was not a good one for me. My club Geelong was hit by the Demons and Victorian taxpayers were hit for attempting to enjoy “free” speech something that is anything but free in this State!