POLICE DISCIPLINE INFLUENCED BY THE PERSON NOT THE EVIDENCE. 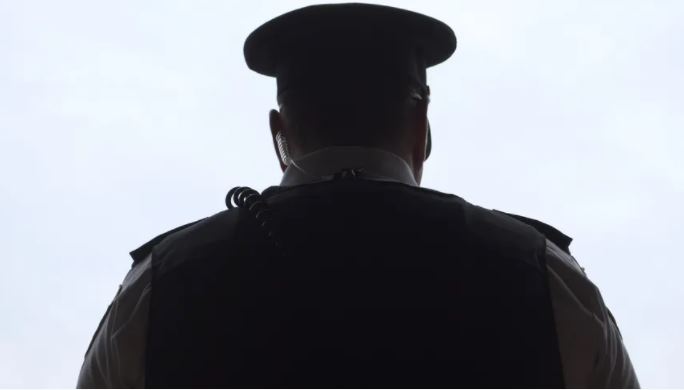 There are some gross incongruities in the world of Police discipline; just ask some of the Police victims.

Over recent years one thing that has stood out in Police discipline meted out by either Vitoria Police Professional Standards Command (PSC) or matters investigated by the now-defunct Office of Police Integrity (OPI) or by the Independent Broad-based Anti-Corruption Commission (IBAC) is the blatant contradictions.

Most readers will remember the photographing and subsequent distribution of pictures of a well-known football identity arrested for stalking, dressed as a female.

It was interesting how the privacy breach of the stalking perpetrator overshadowed the despicable behaviour of stalking an innocent female victim by the media, IBAC and Police Command, ‘wokeness’ trumps the crime of stalking. The impact of that crime was diluted dramatically except for the victims.

It is important to note that there were many Police tracked and identified as either having received the images or distributed them further.

A raft of sanctions were imposed on those Police, including criminal charges, dismissal, and other penalties. But notably, they were all of lower ranks.

The CAA does not excuse the behaviour but is critical of the disproportionate outcome to the conduct identified.

Particularly when you consider that the offensive material distributed by the police members was targeted and generally remained internal.

Contrast that with former Assistant Commissioner Bret Guerin, the Commissioner in command of the PSC responsible for internal investigations into corruption and other discipline issues distributing vile and offensive comments, a criminal offence, trolling over many years under at least three pseudonyms on public media sites.

Subsequently admitting his guilt publicly in the media after being exposed, not by the corruption watchdog, but the CAA, working with other victims, but he was never charged or disciplined.

It should also be noted that Guerin would have been the primary conduit between IBAC and Victoria Police, and he was involved in criminality, unbelievable.

Critically, however, the main issue is that the Police involved in the distribution of photographs of the stalker under arrest were apparently all identified by the footprints left in the stratosphere of the internet.

Compare that investigation and outcome with the Guerin matter where there does not appear that any effort was applied to track down who the audience of the Troll were, or was it an embarrassment to identify his supporters.

Guerin’s behaviour stands out, and his crimes were substantially aggravated on a number of fronts, not the least his rank in the Victoria Police and his role as the gatekeeper of police discipline.

Perhaps that is because of the who, rather than the what was done.

The CAA has previously expressed concern that there is a real possibility that an enclave of like-minded individuals, his mates, a ‘Jedi Council’, exists in the upper echelons of Police and elsewhere, which is very concerning.

The integrity of the many good officers in the upper echelons needs to be cleared of any suspicion that must indeed exist, that they are tarred with the Guerin brush.

A skilled detective will always rely on the OTT about crime and criminals.

There is no such thing as a coincidence.

Once –    It could be a rush of blood, an opportunistic crime, or a     random error of judgement. (categorising many of the members distributing the photograph)

Twice–    It is not a coincidence; it is a pattern.

It would appear that Guerin can turn on a very effective ‘charm offensive’, which he exercised at IBAC and was noted in their report. It clearly worked for him there. They were conned.

Another experience from practised Investigators,

Criminals invariably use the ‘charm offensive’ for two significant reasons.

Firstly- it may make the process tolerable, and if they can win over the Investigators, there is every chance they will put a good word in for them at court.

Secondly- they hope the investigators will only focus on the crime to hand, and the other offending may not be looked at. Their rationale is that it’s better to go down for what they (the investigators ) know rather than what they find out, as that will cause a whole heap more pain.

It makes you wonder about what Guerin may have been hiding.

The CAA calls on the Government to appoint a special investigator to examine the Guerin matter and determine why he was not charged with a series of criminal offences and whether there is a like-minded enclave.

According to the IBAC report, they seized and gained access to electronic data, so the evidence still exists.

A court should decide his innocence or guilt, not bureaucrats with a vested interest to limit damage or protect others.