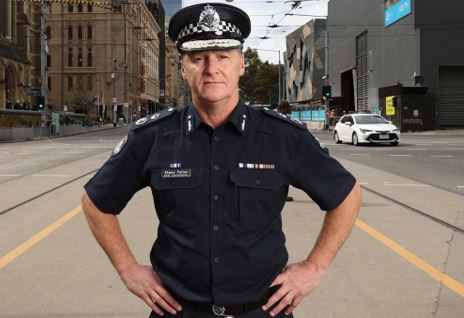 The Chief Commissioner, to his credit, has announced that the idea of using former Police and community volunteers to release more police from non-critical functions is being examined.

The Community Advocacy Alliance (CAA) has long advocated for the reintroduction of a reserve of Police veterans to be used to free up operational members to put more police on the ground in the community.

There are thousands of police veterans in Victoria, and the wealth of their experience and knowledge is usually lost to the community. The ability of veterans to assist junior members and new supervisors at all levels should create improved work ethics for all police and help those at the coal face dealing with the rigours of policing.

Their experience and skills need to be harvested, not ignored.

What concerns us significantly is the inclination to consider community volunteers.

We acknowledge that many would be interested and capable but would have to refer almost everything to sworn officers, partly defeating the purpose.

Wayne Gatt of the Police Association is quoted in opposition to the idea,

“The fact remains when a member of the community attends a police station, odds are, they need to speak to a current serving police officer about a crime or current policing issue,”

He of course is fundamentally correct.

There are many issues that a member of the public would not want to discuss with a civilian volunteer as they would a Police employee who is not a sworn member.

A Police reserve member, however, with their experience, would, in many circumstances, be better equipped to deal with the counter and phone issues at a police station than a trainee or inexperienced police member.

Simply having somebody to answer phones and man the counter is not of great value if everything has to be referred on, that is inefficient.

Amendments to the Police Act will be required to cover and enable the reserve members, but the work to achieve this will reap the rewards and elevate VicPol as the innovative Police Force it once was.

A financial component for Veterans commensurate with their duties must be included because it will put a tangible value on their work and motivate the uptake of the initiative.

We are also concerned that the press article reports a police spokesperson said that,

“explorations are in their very early stages”, but it was looking at staffing models across the globe for inspiration.

Rather than looking at staffing models across the globe, there is a model already existing in Australia that can be easily adapted and will adequately serve the need. The program has been well tested, and modification would be easier and more cost-effective than starting from scratch.

We refer to the ADF SERCAT  – TOTAL WORKFORCE MODEL

All the challenging work has already been done by the ADF, SERCAT project.

The key to this approach means that the Reserve members will not be an undue continual financial burden as they will be used as a reserve should.

In normal circumstances, there would be one level of engagement, but the capacity to have vastly improved surge capacity for the Force is a highly desirable attribute and well overdue. Again, this is a lesson well demonstrated with the COVID issue.

With the value of hindsight and an adequate Reserve capacity, we can reflect that  VicPol could have responded to the Quarantine issue as the emergency demanded, and 800 lives may have been saved or the loss reduced.

This initiative by the Chief Commissioner is a once-in-a-generation opportunity to address the failings of VicPol and provide the community with the level of service they are entitled to but are not receiving.

In at least the foreseeable future, the ability to recruit sufficient numbers of quality police is problematic, and rather than drop standards that will have future detrimental consequences, a reserve force is highly desirable and practical.

Every call unanswered, job not attended, or attendance delayed can be seen as a failure of VicPol.

That needs to be fixed.

Whether there is justification or not, it does not help the community if they are not told.

Communication is the key to service delivery; Reserve members could help address this need.