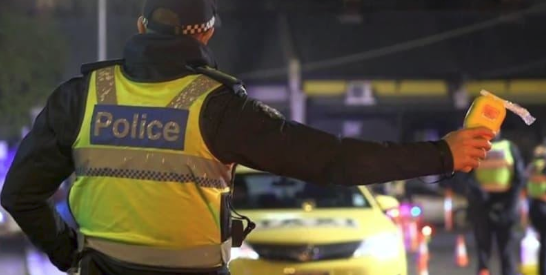 Comments that expose the failure.
“…to ensure that decision making is devolved, as a matter of principle and as far as possible to the level closest to those who implement the decisions…”
“…it is both practical and desirable to move decision making to a lower level closer to the issues…”
“…moving operational decision making closer to the coal face with accountabilities and performance based management…”
Quotes attributable to the same author?
No, the first is from the recommendations on accountability in the report, Task Force Deliver conducted by Neil Comrie AO APM into the Victoria Police and published in January 2019 and the second is from Plan 100.1. ‘Addressing Law and Order for all Victorians” produced by the Community Advocacy Alliance (CAA) in 2018. The third is from the original Plan 100 published by the CAA in 2017 in response to the crime tsunami in Victoria.
The similarity in the authors is that they are former experienced executive police and that they have identified an issue independently. The concept of devolution of decision making in Victoria Police as it currently stands requires an urgent adjustment particularly given how this fundamental organisational flaw is manifesting in serious failures in governance currently being highlighted.
It is essential that decisions are made for an organisation like Victoria Police at the place closest to the action, or where “the rubber hits the road”. Police Executives in an office removed from the community no matter how intelligent cannot hope to understand the complexities of policing particular communities and the variabilities by demographics and geography that the Police at a local level possess. These variabilities often exist within a Police sub district far removed from the executives and only within the knowledge of the local police. The much maligned ‘local knowledge’ is a fundamental tool of policing.
The other problem that has evolved in the structure of the Victoria Police executive is their number and span of control. With forty-seven executive Officers the overlapping of spans of control are inevitable and detract from efficient and competent decision making
It is unavoidable that the executive decision making will be hindered having to consider peers responsibilities.
The overlapping spans of control also lead to delayed decisions, creating uncertainty as to who makes what decision, and even more critically when a decision is made who is accountable for it.
These structural flaws are most felt by the subordinates responsible for actioning decisions.
New South Wales by comparison has about twenty seven executives doing ostensibly the same job as their forty seven counterparts in Victoria. It is unavoidable with that number in Victoria that work will increase to fill the allotted resource space, a major contributor to creating a centralist organisation.
Victoria Police are not the first and will not be the last to suffer as a result of following a structural design proffered by the purveyors of fashions in management strategies rather than pragmatism. The CAA Board members from the corporate sector cite examples of exactly what has happened to Victoria Police as happening in large commercial corporations. However, the advantage of the Corporations is that a corporate failure, like structure, is addressed where in VicPol it has simply been allowed to continue unchallenged for twenty years.
In New South Wales where the Police corporate structure we now have was imported from, they recognised the folly of this centralist structure some time ago and have incrementally moved back towards the structure that previously existed. Devolving decision making in the process.
When the Officers in charge of Police Stations in Victoria lost control of their ability to manage the Station Roster, that fundamental role shift should have alerted the Force that there was a problem evolving. The Station Commanders no longer had control over their operation; decision making had been moved up the chain away from the coal face as had accountability and responsibility.
The structural imbalance evident in the Victoria Police must be addresses with urgency if the organization is to operate effectively and efficiently.