Police Veterans back to School 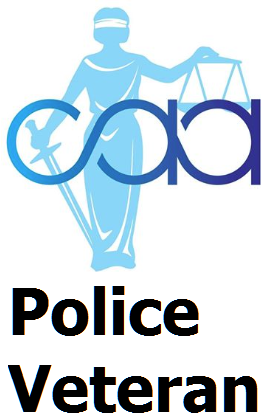 Retiring from a career in policing, a dedicated group of Police Veterans who are sick and tired of bureaucrats having talkfests achieving very little to curb the rising juvenile crime rate, the lack of respect for police and teachers, have banded together forfeiting retirement time to do something about it.

And the one person you would think would embrace this initiative, the Chief Commissioner has refused to support the effort.

The Chief cited a 2006 internal police review of the then Police In Schools that identified some management problems.  An independent Monash academic review published in 2004 concluded that the program had substantial merit and was effective in teaching the tenets of good citizenship to young people while teaching them how to avoid situations that could cause them harm.  While this review also concluded that there were some management issues they could have, and should have, been easily fixed.

Police Veterans have watched with dismay as efforts to address the youth problem seem to have had no meaningful impact. Rehashing of unsuccessful programs rebadged as ‘new’, like the Youth Committees of stakeholders, that failed in the 80’s and again in the 90’s, are being touted yet again.

Recent calls demanding respect for police fail to recognise that respect is earned, not mandated as many dictators have learnt to their detriment.

Similar to these demands is the current strategy of police in Victoria to arrest their way out of the problem, and the citizens of this state are expected to act like lemmings and accept this strategy and not challenge it.

Waiting for our young people to offend, then targetting them without applying any effort to divert them from a criminal path is not what the community expects from our police force. This approach, a product of policing of the 50’s and 60’s, does nothing to help build respect so that our frontline police are not used as a punching bag.

This arrest approach also increases the demand for more police and with Victoria already having the highest number of police to population ratio for Australia. When will the realisation occur that throwing more police and resource at the arrest strategy is not working?  Where will it end?

Contrast these decisions of Victoria Police to all the other states in Australia, as well as New Zealand, who adopted these two programs created in Victoria and have embraced them where they continue to prosper and survive.

If the rationale for jettisoning these programs in Victoria was sound, then why have they not been jettisoned elsewhere? All other the states and New Zealand cannot be wrong.

The move to disengage from youth was an error. However, the greatest failure is to not rectify the situation. That action would gain respect. VicPol does not do the admission of errors well, at our peril.

Police Veterans returned to class this week to prepare for the introduction of the Police Veterans in Schools Program (PVISP), an initiative of the Community Advocacy Alliance  Inc. (CAA), a registered charity group chaired by retired Chief Commissioner Kel Glare.

The program is offered to primary schools and has been designed to fit within the state curriculum. The Police Veteran will become a valuable addition to each school community and can play an essential role in supporting school staff. Liaison with police and other agencies to assist with problems encountered by the schools will be a natural extension of their work to help with the development of young people, a basis for starting the long road to reduce juvenile crime and rebuild respect in the community for Police.

The program will cover many social issues. For example, the role of the police and the law,  personal safety of children, bullying, drug abuse, domestic violence, harm minimisation and a particular focus on road safety and public transport issues.

The Police Veterans will provide a reference point for children and their parents to discuss issues of concern.

Police in Victoria do visit schools on an ad hoc basis, but this program has substantially more depth.  It is planned and outcomes capable of being measured. Most people who experienced the original program still remember the names of the police involved, but a cursory visit to a school by police to play games may have some benefit but does nothing to build long term relationships and achieve a lasting impression and respect.

One of the crucial yardsticks of programs of this type is the impact and retention of the messages delivered, where some programs are all about rewarding bad behaviour and are counterproductive at read this post from norgescåsino.

Additionally, the CAA is working with the Les Twentyman Foundation to introduce youth workers as a resource for young people as part of the program.

Policing is a people business.  Relationships and trust are essential and take time to build.