POLICING BACK TO THE FUTURE? 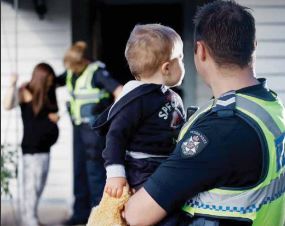 Media reports of Victoria Police launching a community-focused policing delivery model is heartening for the CAA. The CAA has advocated for this approach for many years.

That five former executive Police published the document including no less than three retired Chief Commissioners, disappointingly the Police administration of the day did not even exercise the courtesy of an acknowledgement, let alone actioning the views of highly experienced former Police. They thought they knew best.

In the news, reference was made to reports that have to be submitted to, we assume measure effectiveness and participation.

Community Policing is mainstream policing and not a desirable accessory; the generation of more reports is the anthesis of community involvement effectiveness.

Making reports is not community policing and detracts from it. The time spent by Police in front of a computer screen must be addressed rather than added to, so Police have the time to engage with the community.

The introduction of information gateways will dramatically gift operational Police their most valuable resource, time to perform their proper function. The ability of contributors to the information malaise must be curtailed from hitting the send, ‘all’ button.

Micromanaging the program from on high is counterproductive when the only statistics that really matter are those already forming part of the quarterly crime statistics.

Inserting effective accountability at command levels will perform the task of ensuring the change in direction is embraced.

Victoria Police, to its credit, has announced and is implementing a Police schools program, but there is still another critical piece of the community Policing Model that has not been addressed.

One of the most successful Police community programs targeted directly at the youth cohort has been effectively knobbled by past police administrators.

The program was born in Victoria in 1976 and has been exported to all other States and Territories within Australia and a number of other countries. We invented something every other jurisdiction benefits from, except this State.

The misguided police administrations in Victoria that cancelled community Policing were not embarrassed, as they should have been, that the national program was embraced and nurtured in all other police jurisdictions except Victoria, where it started.

The program is Blue Light, and despite all efforts to close it down, it has survived against the odds.

That credit must go to the Blue Light Board.

But that is then, and now we must look forward and rebuild the Blue Light core function.

It will, however, fall to the Chief Commissioner to determine the effectiveness of the rebuild.

The incentives for Police to participate voluntarily must be reintroduced, and in return, Victoria Police will benefit from the positives that police-involved gain from this program as much as the community they serve.

There have been suggestions that Disco’s are no longer in vogue, but that is a myth, as any of the entrepreneurs in the Night Club industry will attest. Underage Disco is invariably booked out. Demand exceeds supply by a very large margin.

Give a child a chance to meet with their friends in a safe environment to enjoy their music and the social benefits (critical now in this post COVID era) and watch them flock to the opportunity.

Many of today’s youth had a parent who attended Blue Lights, so a favourable market exists ready for the opportunity.

The benefits to Victoria Police in a resurgence cannot be understated.