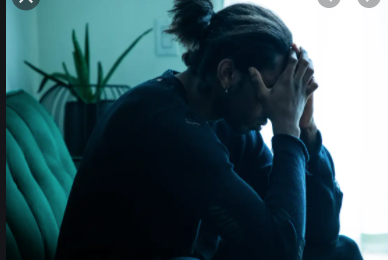 A 9.00 am shift for 3844 on a Saturday morning at a country Police Station started well enough. Still, the date of this shift and what was about to unfold is etched in the memory of many of the people directly affected, especially those who lost everything and the first responders who tried to avoid the carnage that unfolded.

This was Black Saturday, the 7th of February 2009, where fires raged across the State, and 173 people perished, 39 of them around Marysville.

Everybody was worried, Premier John Brumby had warned Victorians the previous days that this particular Saturday could be disastrous, as all indicators had rated higher than any time previously – the risk factor, was off the scale.

3844’s station got word of the Murrindindi Mill Fire that was heading towards Maryville.

Everything about that day as it evolved was horrifying, the unbelievably high temperatures by mid-morning with the extremely low humidity already making it difficult to breathe, and every intake of air seemed to burn. It did not take long, and smoke was added to the mix.

Police have an inbuilt mechanism that helps them to deal with these situations because they will not let their colleagues and the people that are in danger down under any circumstances. That draws them towards the disaster to deal with whatever occurs, suppressing their natural flight response and the occurrences of this catastrophic event unfolding in front of them would evoke the strongest flight response possible.

Everything on this day was telling the members they were in for it.

Up until this point, it was thought the fires could miss Marysville; however, precautions had started to be taken, with people evacuated to a nearby town out of immediate danger, but the catastrophe that unfolded with the 5.00 pm wind change was as unexpected as it was cataclysmic.

3844 ended up at both of the refuges where most everybody were, understandably, in a state of near panic. Families divided, concerns for people who had not made it to the refuge, and the member believed that one if not more colleagues were unaccounted for and could have perished.

3844’s duty was to reassure and show leadership or others would perish. Subsequently, the heroism of these unaccounted-for members was acknowledged with bravery awards, as should be the case.

The role of 3844 irrespective of any personal feelings or misgivings, fear or foreboding, was to be stoic above the mayhem, provide with the other Police, leadership for the people at that refuge, and above all else ensure they didn’t try to leave because 3844 knew that anybody heading back to the fire ground would have faced certain death.

Up until this time, there was very limited information available to Police on the ground, radios and mobile phones were at best problematic.

The 5.00 pm wind change fixed that, obliterating all communications in a flash, so the Police were left without any outside contact and just had to do their best.

All the police members directly involved put the welfare of citizens ahead of their own, true acts of bravery in extreme circumstances.

Clearly, unless you were there, you would have no hope of relating to the circumstances the Police, and other first responders, found themselves in on that day and where they acquitted themselves so well.

A matter that still burns at 3844, and no doubt others, was while they were risking their life dealing with a catastrophic event, their Chief Commissioner, it was reported, spent time with her biographer—probably waxing lyrical about her perceived career highlights, a trip to the hairdresser and dining out with friends.

We may never know, but this behaviour at that time will be a legacy Nixon will never escape.  As 3844 opined, “it was bad enough, but not having the Chief at the helm was devastating.”

This was aggravated when the police members subsequently found out what she had been doing. At the same time, death and destruction that she knew about, rained down on Victoria, does not sit well with many Police but particularly those on the front line that day.

The Chief Commissioner did end up arriving at the scene a day or so late and proceeded to ‘mother’ the members presumably in a futile and embarrassing attempt to atone for her poor leadership.

Her approach was viewed by the members as highly inappropriate, her condescending manner was embarrassing, “Can I get you a cup of tea dear”, with her arm around a member who shunned the approach very abruptly.

3844 approached a drink cooler for a bottle of water, and the Chief tried to intervene,” Can I get something for you, dear”. The member grabbed the bottle and took off, should the CCP attempt another cuddle.

In the aftermath, the Prime Minister visited the devastation, and 3844 saw the dignitaries coming on foot towards where 3844 was stationed and knew what they were about to encounter.

The member took the initiative to take up a position, which would shield the dignitaries from a grotesque appearance of a deceased person sitting in a burnt-out car that had not been moved because it was still a crime scene.

During the fires, 3844 was sent on leave as her house, and her family were still under threat from the fires. However benevolent this gesture, “you can’t do both”, 3844 felt she had done something wrong adding to the overall duress of the situation.

The horror had taken its toll, and 3844 was diagnosed with PTSD when seeking the services of a Marriage Guidance Counsellor who recognised the symptoms sometime after the fires. The member’s marriage was a casualty.

It has been a long road back, with periods of sustained and intense treatment, including hospitalisation and further complicated by other health issues.

The member, however, was back at work and getting on top of everything, and treatment was going very well with the member’s Psychologist quite happy with the return to work. Although no doubt both were optimistic, there was a way to go.

3844 has deep and unshakable respect and admiration for all colleagues and managers up to Senior Sergeant and then only an odd Officer, the rest not trustworthy or worthy of respect, was the member’s assessment.

After all that the member had gone through in the battle to return to work, the member was required to report to the Police Medical Officer (PMO).

That meeting did not go well with the PMO most put out, accusing 3844 of avoiding an earlier appointment (the member was away on leave when the appointment was made and had no knowledge of it).

What concerned 3844 was that the PMO had not consulted with her clinicians, a GP and the Psychologist responsible for 3844’s treatment in breach of the Workplace Injury Rehabilitation and Compensation Act 2013. Additionally, both clinicians had sought to contact the PMO but were ignored.

The member was concerned that the PMO had been ‘nobbled’ from above so that the member’s position could be freed up.

It would appear from what 3844 described, that the PMO either had not read or chose to ignore the Workplace Injury Rehabilitation and Compensation Act 2013.  In addition, the expert Guidelines on the diagnosis and treatment of PTSD by nine eminent specialists published by the University of New South Wales (UNSW) and endorsed by the Royal Australian and New Zealand College of Psychiatrists. Heavy hitters by any yardstick. A professional standard no less.

The PMO signed the Career ending report four days after receiving an email from 3844 “questioning the lack of contact with her clinicians”. 3844 also referenced the Simone Carroll incident in 2015, (Sadly Simone took her life with a service firearm) 3844 received an email the next day.

Career over and you are now a WorkCover responsibility.

That this news was delivered by email is disgusting.

The expectation would be that the PMO would have at least the courtesy of consulting with the professionals responsible for the member’s care and a plan developed to deal with the negative impact this news may have on the member.

At the very least, this news should have been delivered in a clinical environment with support mechanisms available.

And, that is how VicPol treats their wounded members.

Understandably, 3844 felt that she was just a number to be expended to free up a position to be filled by another number. Potentially 3844 had another twenty years to contribute to the organisation if she could continue to recover.

The fires may not have burnt 3844 in a physical sense, but the member sacrificed good health and now lives with the consequences.

Perhaps because the scars are not visible may explain but not excuse this deplorable treatment.

It should not be lost that the remembrance service in 2019 of the fires ten years previously attended by 3844 and many colleagues coincided within weeks of the member’s ill health termination making this outcome even crueller.

Many of the same people the member dealt with during the fires met the member again to express gratitude, oblivious to the pain the member had suffered.

One of the glaring anomalies that is a common thread in all the CAA, PTSD Case Studies are the management failures.

It is like the organisation requires the patient to drive the ambulance.

The good PMO that delivered the news to 3844 by email has found another calling and resigned as a PMO which given his performance is a positive step for other sick members.

3844 has resigned to the fact that service to VicPol is at an end, but the organisation still mucks her around.

3844 was initially given formal Notice of Discharge at a date days away. That Notice was then withdrawn as it was in breach of the Workplace Injury Rehabilitation and Compensation Act 2013.

VicPol needs to get its act together, take responsibility for these debacles and fix it, it is not too hard, these are sick people.

The lack of compassion, decency and respect by an organisation that once boasted “We care” is beyond comprehension.

The only glimmer of compassion was 3844 was allowed to choose the retirement date, completing fifteen years of service. Though 3844 could have fought the ending of her career, she did not have the energy for that fight with Victoria Police.

The common thread through the various stories we have seen, some published many we cannot, is that the management of Victoria Police in each case appears flawed.

With much fanfare, Victoria Police in recent years has trumpeted its efforts to help people living with PTSD, but prevention is a concept that seems to have been ignored. The new Chief Commissioner who has already indicated that he understands the importance of prevention in Policing and it will not be a big step to apply that principle to PTSD.

Ironically, 3844 has now volunteered to be part of the CAA Police Veterans In Schools Program.