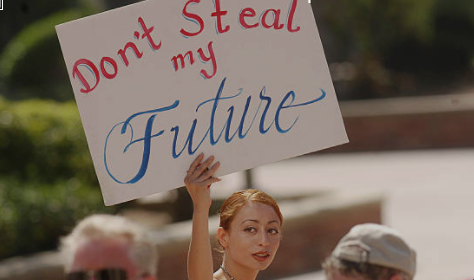 Fixed four-year terms for the Victorian Parliament were introduced almost 20 years ago. The rationale was simple – to provide certainty about the date of the next election and prevent Premiers from gaming the system by calling snap elections at a time that suits them politically. After almost 20 years, we are in a position to state that it has certainly achieved the first, but I believe it is only partially successful on the second.

In relation to the second aim, it has prevented Premiers calling snap elections at a time that advantages them, but it has clearly failed to prevent a Premier from gaming the system. All it has done is force a change of strategy. Now, instead of calling an election on the back of some good polls or opposition turmoil, a Premier can do all of the tough stuff in the first two or at most three years of the fixed term and ignore any howls of outrage, knowing that in year four, the charm offensive can begin. Roll out the funding announcements, the grants to favoured organisations and the promotion to important positions for leaders of key groups. The Grinch becomes Santa Claus and suddenly, courtesy of the famous short memory of voters, the government is back in favour and cruising to victory.

During the Grinch phase, The Premier can ignore the howls of protest for a simple reason. He or she cannot be forced to an election. The same legislation that gave us fixed four-year terms also gave Premiers an impregnable position. While they maintain the support of their own party they are safe. An election can only be called if the House passes a “No confidence” motion (and that won’t happen while the Premier has control of the governing party) or if the Upper House blocks a Bill the Premier deems important – and a Premier is going to do that only if it suits the government politically. In the unlikely event that the Government is in a minority and relies on the support of a small number of cross-benchers, the Premier will already have a signed agreement from them for support for both the budget and “No confidence” motions. This support will, of course, have a range of “goodies” attached to it to ensure compliance. In the past, it has included the return of a passenger train and water for a river.

The use of emergency powers may compound the issues outlined. By declaring a State of Emergency or a State of Disaster, a Premier may effectively dispense with the Cabinet process and effectively sideline Parliament. These two bodies are keystones of the Westminster democratic system. They are designed to be forums which advise and support the Premier, but which also constrain and temper a Premier’s ambitions or excesses. Without them, people’s rights and freedoms can be extinguished at the stroke of a pen. Who knows, no-one may remember whose pen signed the paper.

Thus what seemed like a sensible reform to remove a perceived fault in our democratic process appears to have its own inherent flaws.

It does not take much imagination to see how badly these powers may be misused. Not all despots seize power by force, quite a few have been freely elected then subsequently over-stepped the boundaries.

I believe Victoria needs a safety valve to cope with such a situation. One option is the Recall Petition. These operate in differing ways in Europe, the USA, Canada, Asia and South America. It is a limited form of direct democracy – one which firmly entrenches power in the hands of the people, not the government. This is as it should be, after all, they were elected to serve those very people.

In essence, the Recall process allows petitioners to force an election, by gathering the required number of signatures supporting the call. It can apply to an individual MP triggering a by-election or to the government, causing a general election.

While the application of Recall to specific MPs is effective in dealing with individual cases of corruption or malfeasance, the situation outlined above requires a whole of parliament approach. This currently exists in Bavaria where a petition signed by 1 million voters will trigger an election within 6 weeks. Like Victoria, in Bavaria the Landtag (Parliament) has fixed four-year terms. Bavaria has a population of 13 million, so a similar provision in Victoria (pop 6.4 million) would need 500,000 signatures. Obviously, this is a herculean task, but if the situation were grave enough, I believe it could be achieved.

The mere existence of a Recall provision may be all that is needed. No government would want to face one, so they are much more likely to heed the voice of the people. They are also likely to be more protective of traditional democratic rights and liberties if the potential of a recall petition was waved. If its mere existence is not enough, the actual launch of a petition would send a shiver down the spine of the despotic or the corrupt. The daily reporting of signature numbers would have a salutary effect.

Bavaria is evidence of this effect – there has never been an election as a result of a successful recall petition there, although in 1924, the Landtag voluntarily dissolved itself in the face of a petition. A similar thing happened in two other German states.

The Community Advocacy Alliance believes a Recall process will improve the strength of Victoria’s democracy and improve governance. If you would like to support this call, we have a petition running at https://www.change.org/p/petition-to-the-legislative-council-of-victoria-give-democracy-back-to-the-people-with-recall-elections?redirect=false