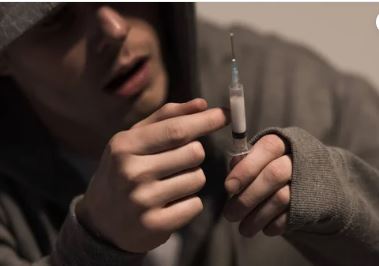 The so-called ‘safe injecting’ rooms are just part of the evil problem of drug  addiction and the long-term physical and mental health issues that the Government is not prepared to tackle.

The CAA has long advocated targeting the business models that the drug trade, particularly the Bikie and Middle Eastern Drug cartels rely on, and do not depend solely on enforcement with outdated, ineffective laws.

Consider where the customers of the injecting rooms get their illicit and dangerous drugs; in the main street dealers. Where do the street dealers get the filthy drugs from, bikie and middle eastern crime gangs?

It is a complex business model with dangerous workplace issues,  such as being shot, bashed or overdosed (Hot Shot).   The Government turns a blind eye to this, often celebrating the questionable success of the safe injecting rooms. The claim of success is reducing calls to ambulances. That claim acknowledges that the rooms do not mitigate the problem or improve the likely rehabilitation of addicts.

The other claim of reducing overdoses and possible deaths only relates to the small percentage of addicts/users who use the facilities, not the broader drug community.

It was not that long ago that injecting room staff were convicted of drug trafficking?

It is not a spurious argument that the Government is complicit in the drug trade, which may explain the inaction?

Interestingly the drug Cartel business model has taken a dire turn; they are now shooting at each other in a turf war. Inevitably innocent public will become collateral damage.

Whilst the Government looks at other locations for injecting rooms to appease the suffering residents of Richmond, which has now been turned into a thoroughly depressing and disgusting place.  Witnesses report to us addicts defecating in Victoria Street, the main thoroughfare, and this is part of Melbourne, a most livable city?

So the wicked problem continues without accurate statistics supporting its continuation and without broad thinking about the other impacts on government services.

It does, however, raise the question of the nexus between the Governments inaction and the growth of the drug Cartels in this State.

The Bikie gangs did not move south for the weather.

We are not alleging a direct link between the Cartels and the Government, but the Cartels would very favourably view those pushing for safe injecting rooms. Whether that translates to direct or indirect succour needs investigating.

We now have another eighty police, in addition to the already established Task Forces; Echo is but one, focused on bikies and middle eastern gangs who now chose to shoot at each other; that is just the tip of an iceberg.

The CAA calls for a commission into where the drugs come from.

It is time for the politicians to educate themselves and not be led by the nose because of their naivety.

It is easy to test sample drugs from the clients at the injecting rooms to compare that to drug seizures from+ middle eastern crime gangs and bikie gangs.

If truth be known, the Government already knows from wastewater (sewage) testing; they just do not make it public.

Let there be some truth about the drug impact, no more lies.

How many young women and men are being prostituted?

Perhaps the first move is to educate the politicians. They should first spend time in the vicinity of the Richmond room (after hours) before opening another and visit the drug factories in the suburbs to see how the cartels are making drugs, accessing precursor ingredients and then selling them for use in the injecting rooms.

Interestingly the announcement of that new site’s suitability is delayed until after the election. If it is so good, why wait?

Let’s have the new injecting room in the dining room of Parliament House instead of Flinders Street. At least there are no pre-schools around the area and no community amenity to disrupt.