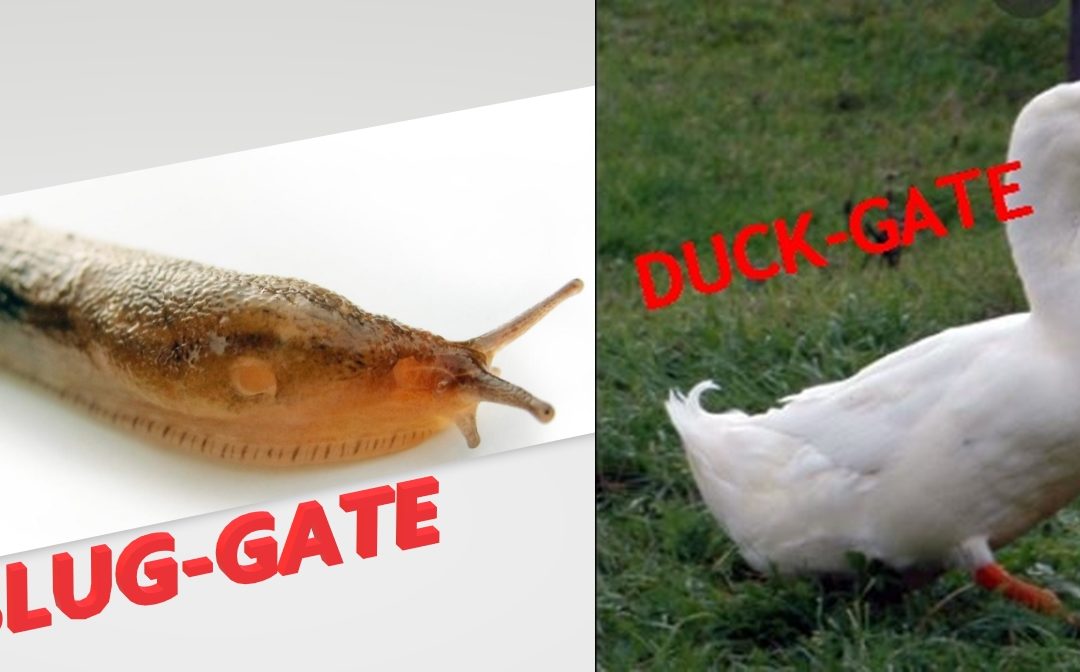 We have heard many unsavoury machinations surrounding Slug-Gate and the shocking treatment meted out to the Cook family by State bureaucrats and officials that we all employ to administer our State.

A thorough Police investigation will undoubtedly uncover substantial corruption in the treatment of this family and their forty-one staff.

And thorough it must be, as anything short will reignite the Red Shirt saga where apparent blatant crime was never proceeded with

There are allegations that previous police investigations into Slug gate were not completed when the matter was removed from investigators on the cusp of an outcome and handed on to others to start again. This allegedly happened five times.

That process and the decision making around this process is open to the allegation of inappropriate interference in an investigation, corruption, or put more bluntly, Perverting the Course of Justice, and or Misconduct in Public Office, very serious criminal offences.

Particularly given the politically charged environment around these issues, we must be satisfied that the work of Victoria Police was conducted without fear or favour.

The confidence of all of us in our Police Force is at stake.

These alleged behaviours of Senior and Executive Police need to be independently investigated to determine whether it was corruption or poor management. Either way, we need to be reassured everything is above board, and a proper investigation is proceeding free from partisan political influence.

This investigation cannot be allowed to ‘fall of the truck’ as the ramifications of this whole scenario goes to broader questions of corruption in public office, and the honesty and ethics of our employees, the State bureaucrats, as well as the Senior and Executive Police.

The experience of Police in dealing with a matter like this requires not only knowledge of the criminal law but an understanding of business which may explain some Police resistance, but that only means the Police need skilled resource support, that is no excuse not to pursue this matter.

The issues of Slug Gate have been well ventilated. Still, little attention has been publicly given to ‘Community Chef’, the company established by the Government and sixteen Municipal Councils destined to monopolise the prepared food sector of the catering market.

After ‘Community Chef’ with its raft of concessions caused many other competitors to close the last major competitor and an impediment to a market monopoly, ICooks was also eliminated, completed by a Health Order on spurious grounds.

The question of corruption and perhaps other illegal activities is ‘writ large’ over ‘Community Chef.’

From a variety of sources, the following is known or suspected about ‘Community Chef’,

It is irrefutable that this business had significant shortcomings.

To understand the depth of the issue, you need to understand that the operations and corporate governance of ‘Community Chef‘ was overseen by,

There is also a raft of regulators that have allowed this calamity to flourish, and they are all, perhaps not surprisingly, now the fiasco has been exposed, very obvious by their absence.

It will be interesting to see which of these entities commits to their charter to come out now and address this issue to ensure it does not happen again and bring perpetrators to justice.

The list is impressive, but performance to date is very ordinary.

Hans Christian Anderson best summed up this disaster in his tale of ‘The Emperor has no clothes.’ The weaves are the perpetrators who promoted and maintained the charade, and the Emperors are those listed above adorned in their invisible clothes.

With an abundance of corporate oversight, we ask the following questions,

On finances, by the time ‘Community Chef’ was sold to the Government for $1, it absorbed somewhere around $28m and passed a $6m debt to the Government to settle liabilities. These figures do not account for the many other millions that were generated by the company’s operations. Where did that money go? It is a reasonable question.

At the end of the day, this exercise in futility at operating a business will possibly end up costing taxpayers circa $100m when civil and criminal litigation is concluded.

And this is where the duck comes in.

The only plausible explanation for the lack of intervention is that all the identified people were either utterly incompetent or directly or indirectly lied to. On the balance of probabilities, the latter would be our pick.

The investigation into this issue will need to expose the ‘who’, not the ‘what’; that is already known, and given all the player’s identities are known, it may be a big task but not a difficult one.

As the interest in this matter continues to escalate within the community, this whole sorry saga may end up the touchpaper for further backlash from the Le Tiers État (French) or The Third Estate.

To say this estate is currently angry would be understating the obvious but, unless there are some circuit breakers, the inevitable outcome, as the French discovered in 1789, will be insurrection, and heads will metaphorically roll, predominantly from the First Estate.