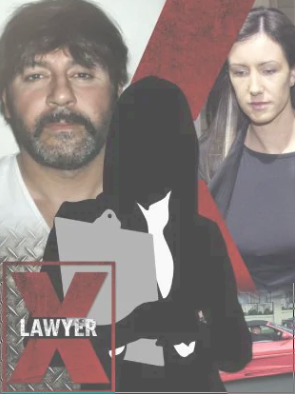 This article is the first in a series of commentaries on the issues facing Victoria exposed by the Royal Commission into the Management of Police Informants.

Many Victorians were sceptical of the Royal Commission into the Management of Police Informants. As the process started most public sentiment towards the Royal Commission was, it is a waste of time because even if the Police tactics were not kosher with lawyers, the end justified the means.

After all, we are not talking about the pillars of society, but murders and drug lords being locked up, and that is a good thing, isn’t it?

As many Victorians have watched the evolution of this Commission, attitudes are changing.

The realisation that if Police use those tactics, breaching the principles of our legal system trying to bring criminals to account, breaking the very laws and principles they are sworn to uphold, they may also use them on us.

Who draws the line, the Police, the State; the next sequential step in creating a police state which leads us inevitably to totalitarianism.

The community is fast coming to the realisation that the old adage, ‘whether you are a prince or pauper, saint or sinner’, we are, and should all be, equal before the Law.

Former Justice McMurdo, the Royal Commissioner and her team, are conducting an outstanding forensic examination of witnesses which is a long way from being finished. Confidence is however, building in the community, that she shall expose the truth and ensure those responsible are held to account.

The transparency of the Commission must be commended because this of itself is a major influencer of positive public opinion, a lesson that should be learned in other areas of jurisprudence.

There have been a number of serving and former Police who have been examined, and that will end many a career, and the potential for many to ultimately be investigated and face criminal charges cannot be discounted. As the Commission progresses that option is becoming more likely,

The New Year will herald further bombshells, as one by one serving and former Senior Police decide to clear their conscience and mitigate their demise. There are a whole host of former Senior Executives so far not publicly examined that were either temporarily or were appointed to fill Senior Executive positions over this period, some for extended periods.

They were all potentially in a position where they did or should have known what was going on with Gobbo. Gobbos activities were far from isolated interventions covering many years and a broad range of criminal activities of substantial variation.

By Gobbos estimates the number and frequency of informing was prolific, how could the most senior executives of that era not know what was going on, denials are either farcical or the incumbents were grossly inept.

Culpability must also extend to those executives that conspired to cover up the actions of this artifice whether by use of the legal system or otherwise that only served to extend and exacerbate the original reprehensible behaviour. In many ways, their behaviour is more reprehensible than the original architects.

They all must have known what was going on. It is fanciful to suggest that authorising or orchestrating a cover-up without knowing what you are covering up beggars belief.

It is alarming to consider that the replacement for Ashton later this year may be drawn from this group of potentially corrupt. That would be a bad day for policing in Victoria.

It is also bordering on fanciful that lawyers, particularly those that conspired with Victoria Police to hide the Gobbo matters using the Courts, didn’t know what was going on. Remembering that lawyers are Officers of the Court and with that goes obligations which some may well have breached.

Number 11 Exhibition Street, Melbourne might just have the busiest foyer in the city when the Commission resumes. We predict that the door for deals is not far from being slammed shut by the Royal Commission, so the traffic in and out will be frenetic.

Sir Ken Jones is the only Executive Officer who so far has demonstrated any attempt to stop the Gobbo artifice, and for that, he paid an enormous personal price, and his career was ruined by the architects of the Gobbo show.

A man of integrity that Victoria owes a debt of gratitude.