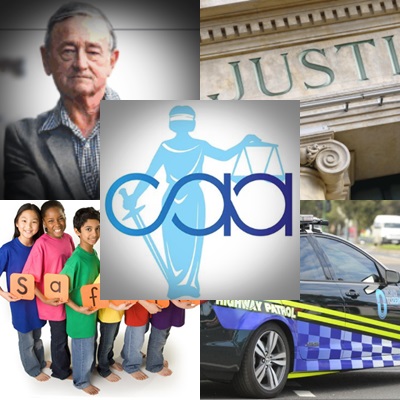 “The Hub”, is a designated building designed to accommodate a number of Police related Not for Profit organizations and critically to provide a purpose built base for the operation of the Victoria Police Retired Police Association Peer Support Program (PSP) and support VicPol peer support activities.

The Retired Police Association (RPA) PSP has only been operating for less than two years and has cobbled together sufficient funds to train up 41 Retired Police  PSP Councillors who operate purely on a voluntary basis throughout Victoria and also cover their own and clients out of pocket expenses.

In this very short time frame the group are looking after 400 ex police varying in need from social company to serious mental health issues including depression, PTSD and addictions to gambling, drugs and alcohol.

A parallel program is operated by Victoria Police and that program could be accommodated in part by “The Hub” in its operations.

The PSP group is having similar experience to the Department of Veterans Affairs where issues, particularly of PTSD attributable to service, are manifesting later in life.

The CAA was advised by the recently Retired Deputy Commissioner of Veterans Affairs Mike O’Meara who has extensive experience in administering the Psych services in Veterans Affairs, on the development of these initiatives.

Based on world experience we can assume that fifteen percent of ex- members will need some assistance with mental health issues after they cease employment with VicPol.

This would no doubt be replicated with other emergency services particularly the Ambulance Service. To say that the PSP, has seen but the tip of the iceberg, is a statement of fact. It is not unreasonable to warn the Government of a tsunami of mental health issues for ex- police that is not far away and the early intervention of the PSP may lessen the impact and cost when it arrives.

Funding is a pressing necessity with the PSP program that only has sufficient funds to see them through to mid-2018. Apart from the meagre funds of the PSP the group have received funding from the Police Association to assist with training however the financial viability of the program for the long term must be addressed relatively urgently to allow the practitioners to get on with the job rather than worrying about funding.

Of a much more pressing necessity is the establishment of ”The Hub” facility which ideally will provide suitable accommodation for the PSP operatives and their administrative support but also house Clinicians to back up the program and act as referral for some of the more dire cases handled by the PSP.

One of the problems is the stigma either real or perceived that people suffering mental health issues and their families’ experience.

To that end our proposal is to establish a commercial coffee shop as the, “Front door”, of the services. A space people needing help can attend without fear of stigma. It is important that the Coffee shop is a commercial venture catering for the public to assist with the anonymity of people to access the resource and contribute to the operating costs of the PSP.

The PSP has identified the security of the PSP operatives as a major concern. They are not permitted to attend private dwellings and currently their only option is to meet at local coffee shops. This is proving unsatisfactory by not offering the clients appropriate confidentiality and a level of security should a client have an episode.

The concept of “The Hub” requires the ability to develop a commercial coffee shop so location is important, good public transport and car access is essential and sufficient room to provide administration for RPA PSP, other NFP Police related organisations and clinical services to support PSP.
Another aspect of, “The Hub” is to include a Police and Citizens Youth Club (PCYC) in the building. Apart from the obvious advantages in the Youth space, a PCYC Gymnasium could also help fund the operation of “The Hub”.

Allegedly many Gyms, now extremely popular with younger adults, are operated by Bikie Gangs (OMG’s). The operations of PCYC in the youth field are not compromised by the operation of the facility as a commercial Gymnasium, additionally many Police and other Emergency Service members would be more comfortable using a PCYC Gym than some of the alternative venues. Not having a member of an OMG working out beside you would be an attraction to many.

The proximity of the Gym to the PSP services will also provide the capacity for some clients to combine their gymnasium programs for the health of their body with the work on their mental health.

Bringing these organizations together will have the bonus of improving their capacity to perform their various NFP functions and also add to the anonymity of current and ex- members going to the facility to seek help or undergo treatment.

The facility has also the capacity to provide opportunities for Volunteer work which may assist some of the PSP Clients.

It will also allow for easier access to these organizations by VicPol and the Government.

The recommendation is to establish a Pilot facility so that operational mattes can be addressed and sorted. It is recommended that a Board of Directors be established to manage the facility that initially includes Police and Government representatives together with a Chair and others drawn from the broader community with commercial experience.

The whole operation would need seed funding and the application of some resources however once established the “The Hub” would be self-funding.

As the development of this concept achieves identified targets, so the program can be replicated across the State with the critical proviso of the establishment of a Community Board to operate each Hub independently. There is an important role for Local Government in the program to also provide resource support.

The initial Board would assume responsible for the overall coordination, development of the program and manage Operational standards and fiscal responsibility, coordinating all establishments and facilities operating under the banner of “The Hub”.