What’s with the Special Forces? 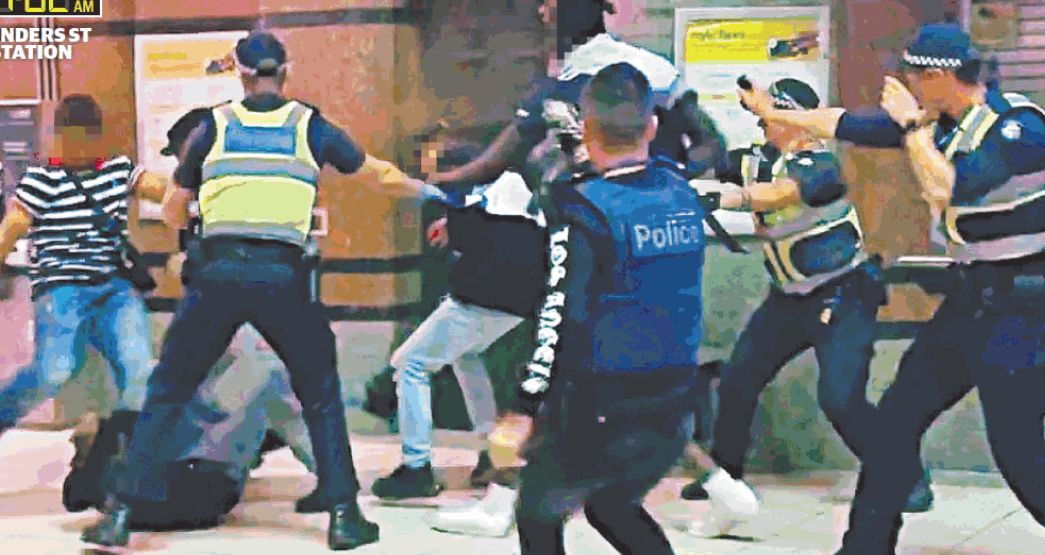 A question we have asked but there appears to be no rational or logical answer.
The police member in the foreground seemingly standing back from the melee is an enigma.
Having police work undercover is entirely appropriate and having police undercover during these events makes a lot of sense as they can gather intelligence to assist uniform police but the figure in the foreground is neither one thing nor the other. We see a lot of similarly attired police in the news media.
This police member is clearly not undercover, the vest, utility belt and piece he is packing is probably a bit of a giveaway, (haircuts are no longer identifiers) and he is not in uniform, so what does he do, or is this just as we suspect a fashionable drift in discipline mimicking the American Special Forces? The purpose completely eludes us.
This was a planned operation so police members should not be caught out with their blue/black suit at the cleaners.
If the Police Uniform hinders the function, whatever it is, then make the uniform suitable.
We understand members wearing overall type uniforms which in certain functions are entirely appropriate but this fifty/fifty deal is dangerous.
It is only a matter of time before a member in this ‘twilight zone’ is going to come to serious grief because either other police or even the crooks in a volatile situation may not immediately identify them correctly.
Even a Detective in a suit is more clearly defined.
A serving Officer quipped recently that recruits ‘break their necks’ to get into a uniform then once qualified, expend every effort to get out of it.
Is this a case of fashion trumps discipline?
On the other hand, is their rationale answer to this conundrum?