WHEN IS A LAW NOT A LAW? 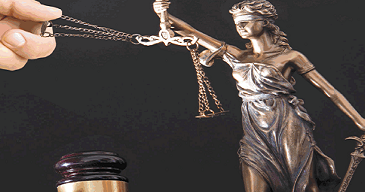 The premier, Daniel Andrews, announced a new law recently – all those on a long list of private and public employees would have to be vaccinated or lose their jobs.  The list included those employed in our courts.

Promptly the Chief Justice, Anne Ferguson, announced that judges (among many others) were not bound to obey that law, and the Premier agreed.

The judge’s ruling was not preceded by any complaint, hearing, or other process.  It was not a ruling of the Court.  So was she saying that judges are above the law?   And did Premier Andrews then  agree with that?

That would be absurd, of course.  It has long been well known that our judges are not above the law.  So we are left with the obvious conclusion that Dan Andrews’ “law” is not actually the law at all.  He severely overreached himself – and he has agreed.  In what other ways has the Premier overreached himself, announcing “laws” on the whim of himself or some faceless fool?

One example may be the curfew that has locked Victorians in their homes, to no apparent good effect (and even while the trains kept on running)!  When a legal challenge was mounted the curfew was quietly abandoned, but so far as we know no apology was issued for the poor victims who had been fined in the meantime under the “curfew laws”.  Outrageous unlawful “laws” that purportedly have been reinstated at the time of writing.

Much of what the beloved leader has done during this pandemic has been overreach; the deadly “hotel quarantine disaster” of 2019, which led to the deaths of 800 Victorians, reminds us of how the implementation of government policy can sometimes be neither sound nor sensible.

Mandatory vaccination policies might be seen as just going too far. The Premier’s “laws” have already wreaked economic havoc and saddled us with debts that our great-grandchildren will continue to bear.  Deliberately putting even more people out of work to satisfy the drive for uniformity, as opposed to individuality, goes too far to be countenanced.

Ever heard of the Universal Declaration of Human Rights?  We Australians have signed up for that; which means we signed up of the right to refuse to undergo medical treatments if we so choose.  The writer, along with most of his friends and colleagues, is vaccinated.  That was our choice.  But we call the mandated vaccination program – and the policy to force people out of work if they choose to not be vaccinated – simply abusive and outrageous overreach.