Who Protects the Protectors 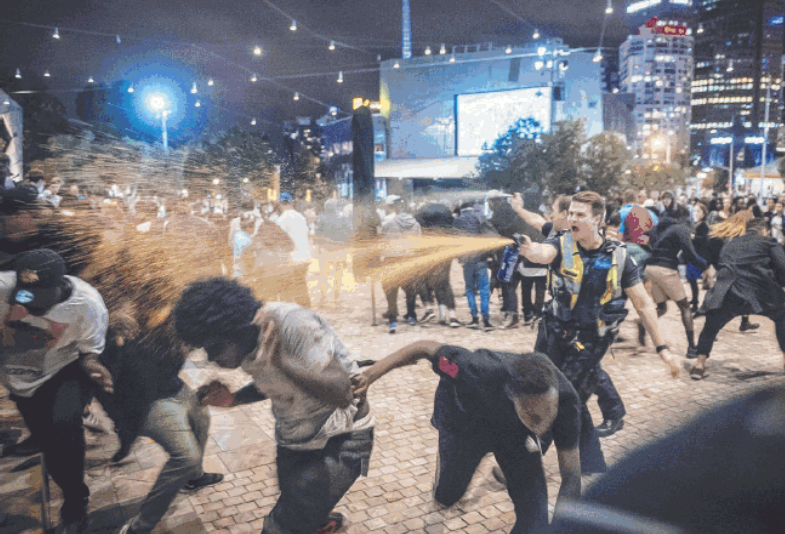 The Community Advocacy Alliance (CAA) has made no secret about its alarm and despondency at the continuing unwillingness of Victoria’s courts (meaning many of our magistrates and judges) to sensibly apply the law and impose appropriate sanctions to proven violent offenders.
Time and again by the imposition of inadequate penalties their actions tell criminals within our society that there are no real consequences for predatory behaviour. “Do it again chaps!” Is this some sort of job-creation scheme?
This week we saw Shaun Mowbray reportedly plead guilty to his NINTH offence of bashing police – among an extensive career of preying on the rest of us. (Herald Sun 12/1/18). Instead of setting a well-deserved maximum penalty the magistrate opined the court should consider individual circumstances.
Such as the circumstance that the policewoman Mowbray bashed will be off work until after Mowbray returns to a free society? No, no. Such as the circumstance that Mowbray had threatened other peace officers? No, no. Such as the circumstance that Mowbray had threatened to burn down his own mother’s house? No, no.
The magistrate was only talking about the sob story put up by Mowbray’s lawyer. To hell with the rest of society!
Oh there was lip-service – or should that be “gesture politics” – paid to “public expectations”; but yet again the words just meant nothing. Yet again the courts have demonstrated that …well, you make up your own mind, dear reader, about what the courts have actually demonstrated.
Elsewhere we have pointed out how the cry for “therapeutic justice” is used, without legislative or authoritative fiat to justify such abrogation of responsibility. Not therapy for victims, of course. They do not count in that scheme.
Hence we see Dr Kevin Donnelly, in the same newspaper recalling former days when “governments and authorities … acknowledge(ed) that their first and primary responsibility is to protect the lives and property of citizens instead of making excuses for those committing crimes”.
We would add to those responsibilities: giving a measure of realistic protection to those who stand in harm’s way on our behalf.
Words are no substitute for action and the hollow assurances being trotted out time and again from Spring Street merely serve to define this as the State of False Pretences, Political Correctness & Spin.
Repeated acts of violence deserve severe penalties and when the victims of that violence – repeatedly – are our protectors we cannot stand idly by and tolerate such pretences masquerading as a fair application of the law.