Win back the streets 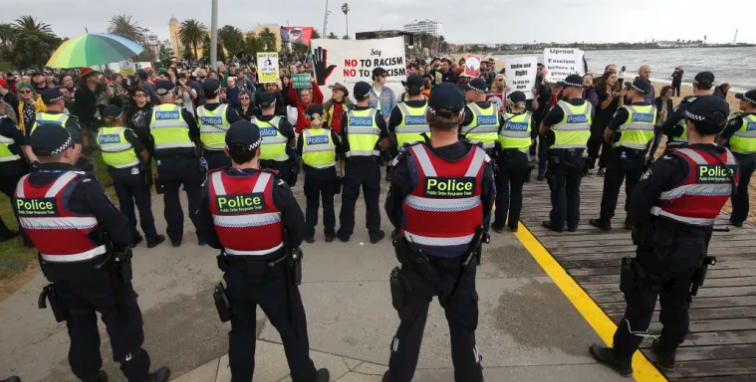 11th August 2018
The problems with the thugs of African appearance causing so much angst and damage in our society can be sheeted back to one cause.
A flawed policing strategy first enunciated in the 2000,s and most recently again at the Moomba Riots in 2016.
The Police focus was on “Restoring Law and Order” and that part of their strategy is fine but they omitted the other essential component, arresting perpetrators. If they are arrested their involvement ceases immediately.
The perpetrators do not see the unlikely prospect of Police knocking on their door as a result of CCTV identification sometime in the future as much of a deterrent. By the present process arrests usually number in the low single figures and aimed at the main perpetrators but the rest of the mob just continue on ignoring social norms and the Law.
The strategy of simply dispersing and restoring order has spawned a belief with the perpetrator’s that they are untouchable and that will spawn more disorder. Once the untouchable phenomena becomes the norm no other police or community strategy will turn this issue around.
How you win back the streets is to ensure there are immediate consequences for gross social violent misbehaviour. We do not need more Laws or more police. Arresting perpetrators at the time of the incident will quickly disperse the not so committed and they are unlikely to come out again if there is a good chance they will be arrested. Without a crowd behind them even the most strident perpetrators interest will wane.
A Police line backed up by arrest teams is the only solution.