It’s not a COVID PANDEMIC 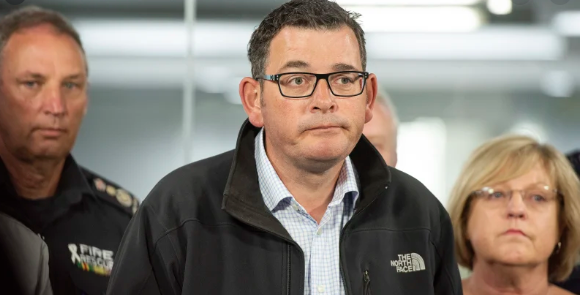 As Victoria wrings its collective hands in response to COVID-19, it is galling to know the ability to mitigate this virus has been with us from day one.

But, somewhere along the line, the method/solution has been overlooked, deliberately ignored, not understood, buried because of internal political consternation, or just plain forgotten.

This is not a COVID Pandemic. This is a Disaster, that in this case has taken the form of a Pandemic with the contagion, COVID 19 but it could equally have been SARS or MERS. So it is a Disaster to be managed.

What was, and is required still, is to implement tried and tested practices that are capable of effectively dealing with any Disaster.

In its simplest terms, a Pandemic has to be managed as any Disaster, and responses coordinated; the Virus (COVID-19) requires treatment and mitigation with the lead agency logically the Health Department. However, the health response is largely about detecting through testing people who may be infected and treating those who are infected.  The Health Department is unskilled in implementing a holistic approach needed to quell the Pandemic.

Those with the skill sets to manage the Disaster response, would it seem have been sidelined.

The second wave, as it is termed, has a direct causal link to the inability of the Government and the bureaucrats to have SMEAC implemented by somebody who understands the concept and is in charge, accountable and capable of managing a Disaster.

SMEAC an acronym for the five-paragraph system that organizes function and information to apply to any multi-disciplined force to implement and manage a field operation.

SMEAC: In the current context.

“S” Situation;     A Disaster that is a Pandemic out of control.

“M” Mission:     To bring the Pandemic under control and then eliminate it from our State.

“E” Execution:   Here the problem would be defined, an analysis of requirements made, available resources assessed, the Organization to fight the disaster designed, liaison established with all involved parties and a plan produced with the actions required and by whom, set out in detail.

Involves the organizing and assembling of resources.

Nominate who is in charge.  This is why Victoria has an Emergency Services Commissioner (ESC) who should be in charge of the totality of the response to the Disaster.  The ESC should control the whole operation.

A community Disaster is a field operation, and the principles behind SMEAC have a proven track record that can run the gamut from the routine to calamity.

Using this process, many of the problems in the management of this Disaster would have been identified and corrected, avoiding the situation we now have.

The Health Department as the lead agency cannot do it all on their own, so there is a need to coordinate resources and manage the community, for them to achieve their objectives.

Expecting them, whether that is their idea or others, to take charge of everything has led to this catastrophic failure to manage the Disaster we are experiencing.

The Health Departments expertise relates to the treatment and mitigation of upper repertory tract infections, not managing a Disaster.

Emergency Services Victoria (ESV) is a dedicated legislated authority with the skills to manage a Disaster but appears not to have been used; ESV should be in charge. The major problem with that Authority (ESV)is it lacks the depth of trained Disaster managers that the Chief Commissioner has at his disposal when occupying this role.

Instead, we are looking to Health as the solution to the Disaster when Health is not equipped, resourced or trained in Disaster management. Coincidently neither are the Politicians, although they might believe they are.

Although one may be forgiven for assuming that this Disaster was something out of left field, it was not. Significant planning had been done to deal with a Disaster like a Pandemic or epidemic of an upper repertory infection for many years, and there is a Government Authority that has legislative responsibility, not only for the planning, but also the management of a Disaster. But, that Authority (ESV) is nowhere to be seen, and that in itself is a disaster.

The only left-field component to this Disaster was the response from Government that involved a number of Ministers seemingly acting independently and who refuse to accept responsibility or accountability for manifest errors. In dealing with this Disaster any skill sets they possess have been as useless as hip pockets on underwear.

The problem in Victoria is Government procrastination, while the virus roared into life; the Nero effect.

The incompetence and the lack of understanding of what or how to deal with this Disaster is breathtaking.

The Premier has at long last started to grasp the real situation although it has taken nearly six months and countless infections and many avoidable premature deaths, the near destruction of the State’s economy, and it was all predominately avoidable.

Accountabilities and retribution will no doubt come, but now is not the time.

To allow the pandemic to get out of control is inexcusable, particularly when the solution was always at hand. There is, however, hope on the horizon.

At long last somebody has told the Premier about SMEAC. Somebody has turned the switch on, but rather than admitting error by utilizing the skilled people already available in this State trained to undertake this task, he has opted for a military intervention to try to deflect any attention from the failure to use the existing resources available throughout this Disaster.

Navy Commodore, Mark Hill has been tasked with sorting out this mess, and the good Commodore will be right up with SMEAC, his only disadvantage will be a lack of knowledge of State resources to assist him. That knowledge resides with the Agency we have but don’t want to use.

Even with that disadvantage, we are confident that the Commodore will get on top of things very rapidly.

Our only concern is a comment by the Premier that,” he would talk to him (the Commodore) and a range of senior people at the Department about the overall setting”. Political speak for another meeting, heaven forbid.

There is nothing to talk about, the time of committees and talkfests has elapsed.

Now the application of SMEAC and a proper Command and Control mechanism (usually referred to as a coordinating role, so the precious do not get offended), must be implemented immediately, and let the Commodore do his job without tying one hand behind his back, as the bureaucrats are so adept at achieving.

The Premier must give absolute control to the Commodore if we want to exit this mire as soon as possible.