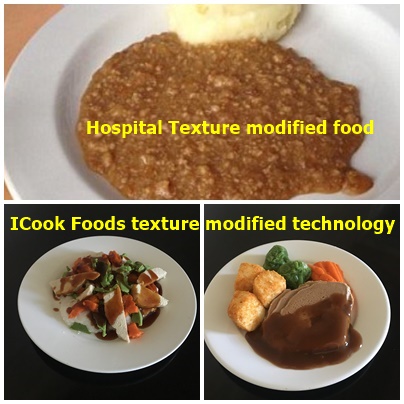 As a Nation, we have the privilege of knowing who our continent’s first peoples are, and we can share in their culture that has helped build Australia into the country it now is.

With the millions of dollars spent on these people each year, it is a national disgrace that many of them seem to live in abject neglect.

With all the much-publicised disadvantages these people endure, health is by ‘far and away’ the most important, surpassing the populist issues promoted by many who have no real empathy for these people but appear to be on self-promotional jaunts.

If health in the indigenous communities is ever going to be addressed properly then the basics need to be addressed and without argument, Nutrition has to be the key first building block.

The role of hygiene is not far behind but if people are not getting proper nutrition, they are less likely to be concerned or have the will to address other needs like hygiene.

The same needs apply to a raft of other issues that these people are confronted with. Children not accessing good nutrition are less likely to develop well and be more susceptible to disease and less likely to receive an education of value. Poor nutrition plays a part in substance abuse or the will, to create a better life for their family.

The activists who we mostly hear from are generally of the extreme left of politics, both white and black so it is therefore very surprising that the Victorian Government stymied what could be the single most significant innovative strategy devised to turn the fortunes of the indigenous people in a most significant and practical way.

The tyranny of distance, lack of resources and knowledge, including access to appropriate food, was about to be addressed when the Victorian State Government intervened and on spurious grounds closed down the business developing the technology to address these issues without the slightest consideration of the consequences on two groups, the aged and the indigenous.

The day that the representatives of the Derri Aboriginal Corporation from South Australia arrived with cheque in hand at the ICooks Factory in Dandenong for a meeting to ‘ink the deal’ which had been negotiated over many months, the State Government had closed the factory by Health Order. The Derri people were confronted with a taped-up business with Health closure notices pinned to the door. They had no choice but to turn around and go home, deal blown there and then.

But what was this deal that had these aboriginal elders travel thousands of kilometres to secure?

ICooks had developed a patented process of texture modification of food so it was easily digestible, maintained its heath properties and was easy to store, transport and prepare. Pasteurised in the manufacturing process it was also very safe.

Technology was tested and capable of providing traditional foods appropriate for the indigenous people of a geographic area. Crocodile and turtle may be preferred in the Northern realms where freshwater fish and Kangaroo may not, but would be preferred in the more southern areas.

We have no real idea of the preferences and simply provide these examples of the potential of the technology also recognised by The Derri people.

The deal centred around a partnership/share arrangement between ICooks and the corporation to establish the capacity for texture modification of Native food in South Australia providing work for Indigenous people in the supply and sourcing of suitable food and if necessary, explore the ability to farm produce to establish reliable supply inputs. Preparation and processing through ultimately to distribution would provide substantial employment opportunities.

All undertaken by a company they had equity in.

As it was presented the Cooks deal would not only facilitate a new facility in South Australia but would have a continual link to ICooks to ensure local staff were trained in how to operate the equipment for a sustainable long term enterprise.

The vision of the Derri people and ICooks was the possibility of creating a national network of texture modification facilities tailored to the region they service.

Any good chef will always admit that presentation is as important as the flavour and the ICooks Texture modified product is easily digestible and prepared without compromising the benefits that each food group provides. This is particularly suitable for people that have dental issues or other issues making it difficult to swallow.

Using this process and making it available through Supermarket chains with more traditional foods could also be attractive.

The current option in medical facilities is that food is Vitamised and when presented to the patient (Victim) it resembles bodily waste and is as appetising.

Although a problem in indigenous communities the broader application in the general population of good nutrition is essential particularly when people are recovering from Medical interventions, disease or age-related decline.

That society as a whole has been deprived of this technology is a disgrace and those responsible must be held to account.

It is time that the Federal government intervened to sort this mess created by the Victorian government and get it implemented.