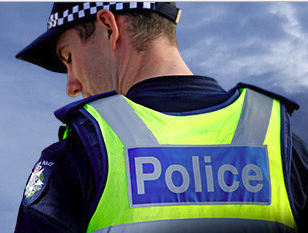 The COVID 19 pandemic has resulted in many people feeling palpable anger towards the Government, and Victoria Police has copped its fair share as the visual function of the Governments decrees. Some of the criticism of Police is justifiable and regrettable, but, when looking at the facts, perhaps the community should not judge Police so harshly.

The first waves of backlash against Police started with the Back Lives Matter Demonstration response. Predominantly that was the Government offering tacit approval leaving Police in an invidious position.

The establishment of the Quarantine Hotels came next, and it has been well ventilated that the then Chief Commissioner Graham Ashton played a ‘part’, in Police not being used. The depth and acumen of that ‘part’, will be judged by others and is probably central to the Quarantine management issue.

The view of the CAA is that the Police should have been used, at least initially.

The Premier formed a Cabinet Sub-committee of eight to manage the Corvid Hotel Quarantine initiative. That the services of the body trained to deal with all crisis situations, Emergency Management Victoria, was almost wholly ignored was in our view, a grave mistake.

Clearly, many in positions of authority do not understand the difference between the Primary responders and the Disaster management functions. The blurring of the management of this disaster by ad hoc arrangements has a lot to do with the failures.

The response to disasters, if you want the best outcome possible is, leave it to the experts and keep the Politicians out, they have a crucial role to play in Disaster response, but that does not mean running the Disaster Coordination function.

Every part of this disaster response was done, ‘on a wing and a prayer’ by people without any disaster management training or experience. What could possibly go wrong with that approach?  Police were left to pick up the pieces.

The function of a Police service, as their charter demands, it to protect the safety of the community and not to do so is an abrogation of their responsibility. The community was rightly angered as it became known that the COVID spike was caused by a failure in the Quarantine security process when using Police could have mitigated the problem.

Police did not design the restrictions that were placed on the community, the Government did, allegedly operating on Medical advice. Even the draconian Curfew was not instigated by Police; albeit that Police were initially blamed for requesting it. A Claim later debunked.

Police were left to enforce draconian restrictions, on the instructions of the Chief Health Officer which Victoria Police were obliged to enforce under the rules of the State of Emergency and the Declaration of a Disaster by the Government.

Penalties to be imposed on those breaching rules were decided and imposed by the Government.   The now Chief Commissioner, Shane Patton was personally evaluating fines, and where appropriate exercising discretion, leading by example.

However, there was little room for the exercise of Police discretion in many incidents Police were faced with, and that was totally down to the individual’s behaviour.

With the litany of errors in the management of this disaster, it is understandable that Police were, on occasions, not prepared to use their discretion should they be held responsible for the further spread of this virus. Police were doing their duty, and they should not be derided for so doing.

The Chief Commissioner has said recently, that he is unable to determine how many prosecutions will ultimately occur because the Force is currently evaluating a large number of ‘pleas’, from those who feel they were treated harshly or those who simply cannot afford to pay the fine.

The CAA is proud to stand beside the Victoria Police members who did and continue to do, a magnificent job in exceptional and totally unprecedented circumstances.

Could the police members have done better?  Probably.  Did they make some mistakes?  Yes, and the organisation and members regret that, but when considered overall, it was a top effort by our Victoria Police.