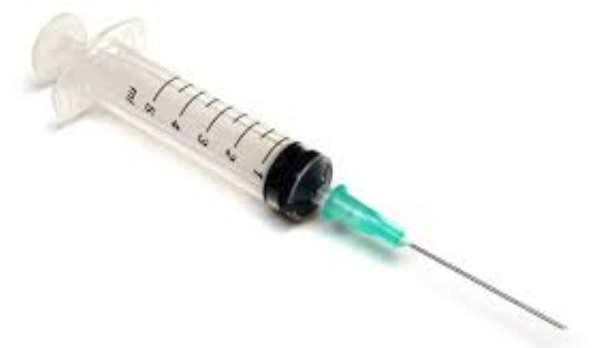 The Health Minister, the Hon Greg Hunt MP, is funding a drug counselling service, ‘Turning Point’, that is actively promoting criminal activity under the guise of illicit drug harm minimisation.

We have no problems per se, with the harm minimisation approach for drug addicts, but there is a line that must never be crossed, and that line is the law. It applies to Law enforcement and must equally apply to medical services.

Once the line is crossed, and practitioners in this field actively promote criminal offences, they are as guilty of those offences as the perpetrator.

There is often vigorous debate over the approach to the illicit drug problem, law enforcement versus harm minimisation, neither side of the debate can claim the moral high ground as neither approach has provided the panacea for the challenge.

The Community Advocacy Alliance (CAA) has long argued that there needs to be a new approach both legal and medicinal and central to that approach, there must be strategies developed which reduce the exposure of our children to drugs.

Trying to alter the behaviours of addicts is only marginally successful, so it is essential to influence the action before they become entrenched in the lifestyle and addiction. We need to focus on influencing children to avoid the behaviour in the first place.

Our children are exposed to the temptation of drugs from a very early age and are confronted consistently and in ways that parents are usually unaware, by smooth-talking addicts motivated to expand their own market to feed their habit. The children must be equipped to deal with this exposure, pressure and temptation.

Make no mistake this trade in illicit drugs is evil, and often closer than you could imagine as friends and acquaintances of your children, some of whom they grew up with, are the pushers.

The priorities for Law Enforcement should be to make it more difficult for pushers to ply their trade targeting the drug supply chain, damaging their marketing model that is central to their success.

The priorities for harm minimisation must be on the medical treatment of drug addicts aimed at reducing and or eliminating their dependency and use.

We are an empathetic society but facilitating drug use must not be acceptable in any circumstances.

The argument that forcing the pushers off the streets underground is a bad thing promoted by proponents of drugs defies reasonable logic when it will minimising the exposure to our children and is a highly desirable outcome.

However, harm minimisation proponents long suspected of being apologists for the drug trade, are now blatantly promoting themselves as such.

This accusation is vigorously opposed by the proponents. Still, the accusation has just gained considerable credence thanks to Professor Dan Lubman, the Clinical Director of ‘Turning Point’, a drug counselling service as reported in the Herald Sun and the Melbourne Age 28th April 2020.

You may be forgiven for assuming, as we did, that a counselling service would be a service that would assist and steer clients away from the problem and harm they face, but that appears not to be the case for “Turning Point”, don’t let the implication in the name fool you.  This is a service provided to drug addicts and has just received additional funding of $1.5 million from the Health Minister, to scale up services during the COVID-19 Pandemic. Obviously not to ensure addicts remain 1.5 meters from their dealer.

While we are under house arrest thanks to COVID-19 drug addicts are receiving the following advice for $1.5m:

And from our good Professor Clinical director, ‘doubling down’ on the hoarding drugs he allegedly said,

The CAA demands the Minister immediately withdraws all Government funding of this Service as they are past totally irresponsible, they are arguably criminal.

By withdrawing the $1.5 million grant, we can at least be assured that none of this $1.5m will go to funding drug addicts to create the recommended stockpiles.

The Government is complicit in promoting the illicit drug trade by continuing to fund this organisation.

The continued funding of all these types of services must be pro-rata to the number of addicts that are cured. Public money promoting the continuum of the illicit drug trade must cease live resin vs distillate better.

Something that may have escaped the good Professor is just how the drug addicts will pay for their stockpiles, other than with the $1.5m; for that matter, how does he assume the drug addicts service their current addiction, it is with crime.

Yes, we get reamed out financially, twice. The poor victims, (us) not only have our taxes spent on promoting the drug trade but we pay for the crimes committed on us to service this trade, whether directly or indirectly through our insurance. But that is only the property aspect. The trauma of crime that, in many cases, is horrendous and life-changing for victims, who are sentenced to a lifetime of misery.

And now the good Professor wants all that to ramp up to avoid some drug addicts going into withdrawal, unbelievable!

The CAA cannot even get paltry funding to support a prevention program in our schools. We cannot achieve Government support for our Police Veterans In Schools program that is aimed at tackling this and other social issues before they manifest rather than spending a fortune trying to deal with the problem later. Instead of government support, the Police Veterans predominantly cover all costs from their own pocket. They are paying for the privilege of volunteering their time, to help the community.

This whole debacle brings into sharp focus just where the Governments priorities lie, funding the illicit drug trade and those who promote it.