Holding up a picture of the Police 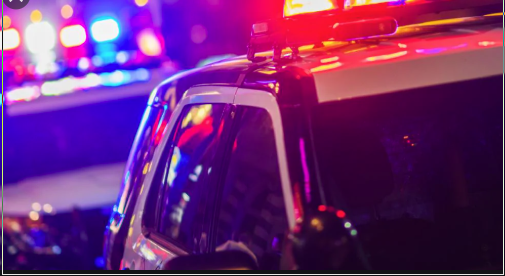 So now junior members of Vicpol have been suspended for their apparent involvement in publishing an inappropriate photo of an AFL figure.  Not nice at all, and they deserve to be censured.

However, compare their conduct to the case where the High Court found police conduct regarding Informer 3838 was “reprehensible”.  Nobody was stood aside – nobody.  To the contrary, the only person who had the integrity to blow the whistle on this police misconduct, Sir Ken Jones, was himself forced out of VicPol.

By any standard the sheer waste of taxpayers’ money in pursuing the foredoomed effort to conceal that reprehensible conduct was disgraceful – but that’s OK, it seems, because it was the bosses who did that, not the worker bees.

Compare the Assistant Commissioner who flagrantly lied to protect corrupt detectives who framed a citizen because the (previous) Chief likewise covered up his own blunders.  That Assistant Commissioner (a friend of a Chief) gets off scot-free, and the Superintendent and Chief Superintendent who refused to follow the Police Act – a sworn duty – in order to protect HIM, go on to bigger and better things.

By all means, discipline members who breach proper standards of conduct, for example by publishing embarrassing photos of people in custody, and by all means let the process be swift, but also, by all means, let our police leaders ensure swiftness in investigating fairly simple claims of theft and false accounting involving members of the government; let there be Equality of treatment for all classes of suspects in such an imbroglio.

Why are different standards of conduct applied depending on where one sits in the hierarchy?

The Victoria Police stands condemned of failing to follow its claim to Uphold the Right. It does not respect the principles of Equality Before the Law, and it continues to thrive on concealing from the public its manifold failures of management and leadership – including failures to simply obey the law.

STOP PRESS.  Just as this paper was about to be released it was revealed that IBAC, the watchdog that achieves so little in improving police behaviour, is to take over this “investigation” – to see if there are “cultural issues” that underlie the disgraceful publishing of the objectionable photo.

IBAC has not investigated the cultural issues underlying the persistent refusal of Chief Commissioners to investigate complaints of police corruption – refusals that were and remain contrary to law.  IBAC has refused to investigate the toxic and dysfunctional culture at the top, described before the McMurdo Commission by Sir Ken Jones.  As did its predecessor, the Office of Police Integrity, IBAC chooses to ignore faults at the top, no matter how serious, how entrenched, or how destructive.

Unlike the OPI, IBAC does not break the law; it just breaches our trust.

So we also ask IBAC, why are different standards of conduct applied depending on where one sits in the hierarchy?  Why are cultural issues important in influencing only the conduct of constables, but not the conduct of commissioners?