Huston we have a problem 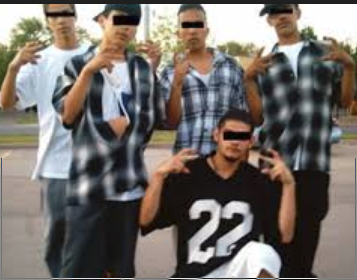 Last week leaders in government and police finally admitted Victoria has a gang problem.
We say finally because the gang problem is not new. Ten years ago government was told this. A media article in October 2007 reported on senior police advising Premier JOHN BRUMBY of their frustration at government’s inability to go beyond political correctness to focus on criminal gang behaviour.
Crime by gangs of young thugs was identified back then as a looming threat. Now the threat is a reality of tsunami proportions.
We acknowledge that African gang crime is committed by only a few among this particular community. But the nature of this criminality is violent creating mayhem for many citizens and damaging the lives of a growing number. Police regularly arresting some only to see them bailed out does nothing to reassure the public nor keep our society safe.
As things stand in this state unless positive action is taken people are going to die. Just last weekend an innocent pizza store employee was shot, twice, in a robbery. If he had returned fire just imagine the outcry against him by the apologists for criminals!
Let us resolve to actually punish serious criminal offenders with the penalties set by Parliament, to close loopholes in the law that allow judges and magistrates to avoid doing just that, and to tell would-be criminals, of any age, and any ethnicity, that their open warfare against Victoria’s citizens just ended.
This Government is asleep at the wheel. Its time it jettisoned political correctness and its ideologically driven “therapeutic” approach to justice which underpins our judicial system and woke up to a primary mandate for any government – to keep its citizens safe.