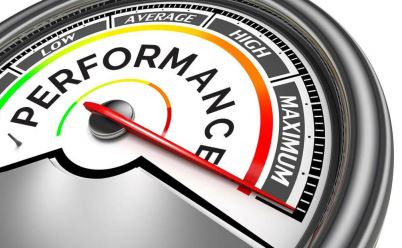 Policing would have to be one of the most challenging functions to measure.

Traditionally the public measurement has been the level of crime and or the road toll, but neither of these measuring techniques adequately measure the effectiveness of policing, on their own.

Perceptions also feed into the equation, as do other intangibles that make the job challenging but not impossible.

There is a respect deficit towards Policing in the community, and VicPol must work hard to regain the respect lost because policing is always less effective in a community with a lack of enthusiasm towards its Police.

Without remedial action, a downward spiral will evolve and gather pace to the detriment of policing and the community.

The reporting function to the community has seen the introduction of independent crime analysis; however, there has not been significant improvement in content in over forty years; it is time to address the issue; tomorrow is too late.

“You cannot escape the responsibilities of tomorrow by evading them today.”

The information shortfalls leave the community in a void and contradictions of their lived experiences. Whether the view formed is accurate is, to a degree, irrelevant; their experience formulated their view.

If VicPol is to regain community trust, it must fill the void with accurate, timely and frank information. Whether the information is painful does not mean it should not be disseminated, but to do so will demonstrate the genuineness of VicPol and present it as an organisation that can be trusted.

It is also essential that VicPol avoid the communication ‘spin’ trap, hitherto regularly applied; it is counterproductive.

It is all right to say that VicPol is intent on community engagement but unless the tools are developed to make that engagement effective, it may be of limited value and remain just an aspirational goal.

The community needs to know the policing effectiveness in their neighbourhood, what problems exist, and the strategies to rectify the situation.

The Rebecca Judd matter is an example. Ultimately, she was right, and the Force relying on dated or misread Statistics was wrong. It may have happened, but we missed the apology to her.

Therefore, empirical data must be available in a timely manner and easily accessible by anybody.

Measuring data can neither be confidential nor sensitive; it is public property.

Alongside the need for accurate information is the need for proper management, backed by the same empirical data. That includes the ability of managers to decipher statistics correctly instead of trying to manipulate them.

Recently, we have heard senior police referring to allocating resources throughout the State. At first, blush a laudable initiative. However, the problem identified is that some areas appear underserviced while others appear over-serviced in resources.

What concerns the CAA is that the decision may well be made without adequate empirical data, which could be a mistake.

For example, we know that the New South Wales Police undertook significant staffing realignments in times past, achieving maximum staff upheaval for minimal results. Creating many dissatisfied members. The impact on productivity should have been foreshadowed.

The lesson; any changes must be incremental, and the staff taken along rather than forced.

That would create a solid argument for each position within the Force to be advertised and filled by an applicant. Any realignments would be achieved by advertised positions rather than forced movements. Allowing staff to own a position can be an excellent motivator.

Simply looking at broad parameter outputs on a Divisional or Regional level is difficult, as is applying wide-based statistics to a particular police station without examining other factors when, probably, most significant is the service area’s demographics.

It could ultimately turn out counterproductive if a station received extra resources without efforts to determine other issues affecting the station’s performance, starting with the station level management and the output of existing staff.

If that is not done, how will it be determined that the reallocation was effective?

Unless demographics can be accurately determined and fed into ratings of realistic benchmarking and individual Key Performance Indicators (KPIs) measuring outcomes, any staffing allocation reshuffle is not likely to provide the desired effect but could have a detrimental consequence on the locations from where the resources are sourced.

We strongly suspect that all the data required to establish an effective measuring system already exists, so more likely than not, it should not further impact the operational police admin workload. Again, harnessing existing electronic data will be the key.

Without empirical and comprehensive analysis to support a final objective decision, it would be naive and wrong to assume problems are foremost resource based because that assumption can lead to flawed decisions.

Essentially, we argue that you have to start from the bottom up.

Unfortunately, optimum outcomes from management mechanisms pushed from the top down usually find resistance somewhere down the chain, causing the optimum outcome to be problematic.

The advantage of the bottom-up approach is that it gives frontline members input, equating to ownership. If driven from this direction, it also reduces the likelihood of increasing admin on front-line members or other unintended consequences.

It is, however, timely to caution decision makers in the words of former Chief Commissioner Kel Glare-

“In policing, it can be misleading to rely on statistics alone.  The simple fact is that the best policing produces no measurable result. If there is a total absence of disorder, crime and traffic offences, the policing effort may be perfect, but there will be nothing to measure.  One must be careful not to generate frenetic activity and measure that in the guise of productivity.”

There has to be a clear essential objective in bringing management support into the twenty-first century.

Decision makers must be given the tools to do their job. Unfortunately, the dearth of data leads to poor decisions.

Modernising the Force management data is onerous but will also benefit the promotional system as candidates will have empirical data on their ability to meet Force objectives. And this can have a positive impact on transfers and promotions.

If this is achieved, it will remove some of the tedium (in the personnel management area) currently distracting managers from their core function, managing.