The Community Advocacy Alliance (CAA) proposes the development of a school’s based program entitled the Police Veterans in Schools Program (PVISP). The purpose of the pilot program is to identify the feasibility of using retired and former police members to deliver a program to teach children community values, the role of police and the law and a suite of victim reduction strategies. Central to this program is the building of relationships between young people and police so that respect can be developed for the policing function cbd bu . 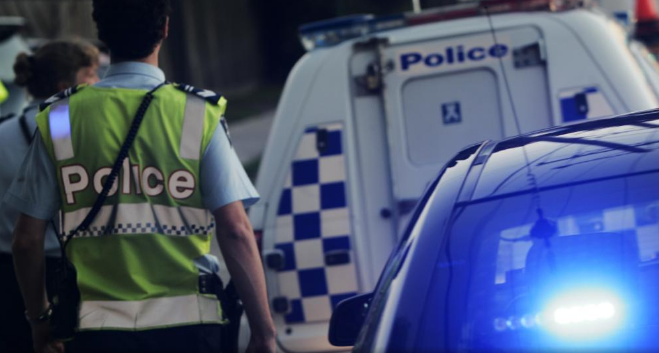 The CAA to this point in time has been entirely funded by the Board members; however, initial work on developing a budget indicates clearly that the resources of the Board members could not possibly fund this project. The funding of this project past the Pilot stage will be a priority for the CAA Board. In the first instance, we will have to secure seed funding to set the program upon a professional basis and then determine recurring and development costs. We will be aiming for the Pilot role out for term 3 0r 4 this year.

There are several actions that have to be addressed to initiate the program and the CAA proposes to establish a steering committee of key partners to develop and implement the trial. Matters of significance to resolve are the input and commitment of: • The Government of Victoria • Victoria Police • Department of Education • Department of Justice • The Police Association • The Retired Police Association – Peer support program • The School Principles’ Association and other peak education bodies. • The service Clubs of Victoria • The Victorian Media • Other Not for profit organisations The CAA proposes to invite representatives of these entities to a forum to discuss the development of the project once the Plot is underway and challenges are identified that can then be addressed. • . One of the key issues will be the safety of the volunteers who would be attached to local police stations but be working alone. Historically, Primary Schools would not be considered a high-risk environment. However, it would be very naive not to take some precautions, so the volunteers should be equipped with basic accoutrements and wear a police veterans uniform. Providing another layer of security for schools, all be it a veneer, for teaching staff and the community would be an added advantage. The visible Police Veterans presence, even on a casual basis, would act as a deterrent to anti-social behaviour by parents and students, in particular, risks of those behaviours targeting School staff. Potential perpetrators would be aware of the network in their local school with police. The PVISP members would each develop a broad and strong network that is well known, acting as a further deterrent. To contribute to enhancing the safety of the volunteer and the schools the CAA proposes a mobile phone APP (PVISP – APP) be developed where the volunteer can summon help easily and quickly using location detection capabilities of a smartphone. The APP would have three options/buttons, Amber colour indicating the volunteer is concerned and would like police back up, and a Red button to indicate they are in trouble or immediate threat of danger. A green button would be used to advise D24 the threat has passed or the threat message was accidental. The APP would communicate location, the Volunteer’s name, and the degree of urgency straight to the police communications dispatchers. Without the need for the PVISP officer to engage verbally with D24. There are a number of other considerations to make this trial successful and the experiences as identified by the research paper “Part of the Wheel” 2004 available at, https://www.dropbox.com/s/kbho4vnjljrdz6e/PIS%20FinalReport.pdf?dl=0 will contribute substantially to the basic design and evaluation process of PVISP. There are many very good programs being either delivered or developed in the Primary School system. However, they all lack a primary component that only PVISP can achieve, an authoritative delivery. A chat with anybody who was educated in Victoria or was exposed to the PISP will highlight the importance of delivery by Police. The selection of the retired or former Police members should give priority to former Police who have been or are suffering PTSD, based on clinical advice, as to their suitability for the role. The pain of members who feel cut down in the prime of their service can be softened by using suitable members in this program. Writing sufferers off, cannot be a good thing morally or clinically, and the PVISP may serve these people well, and the community receive a direct benefit. This precis of the program will form the nucleus for the development of PVISP into a fully functional pilot. Provided a bureaucracy does not balloon to operate the program; it will be very cost effective and capable of being well researched for proper development. As the research project was titled “Part of the Wheel.” PVISP is still only part of the wheel. Every other State Police Service in Australia has maintained a similar Police in Schools Program and even the Federal Police are reaching out with a program aimed at Kindergartens. It cannot be ignored that the juvenile crime rates in every other jurisdiction seem to be manageable except for Victoria. Premier Daniel Andrews’s prophetic observations also cannot be ignored. Please direct any queries re PVISP to the CAA by using the facility at caainc.org.au ‘contact us’ page.