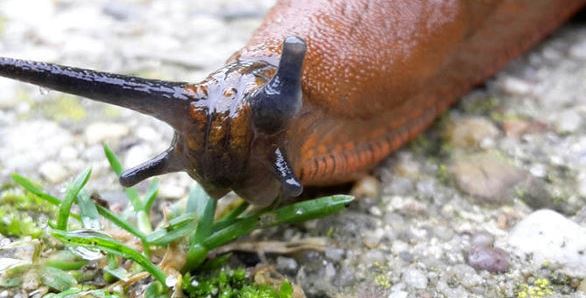 It seems that if you are a victim of a crime, you can no longer rely on authorities to protect you and hold the perpetrators to account.

Or have we entered a new social phase where it’s not the crime but who committed it that determines whether the offenders are investigated and prosecuted.

This new and developing social order has historical equals.

You have to look no further than the French Revolution for a comparison. After suffering years of oppression, the Third Estate (us) revolted in a violent struggle resulting in many of the first Estates heads parting company with their bodies courtesy of the guillotine. Barbaric as that was, the modern metaphorical outcome for many may be just as humiliating and decisive and we would argue the process has started.

So, what to do when the ‘system’ is stacked. The team assisting Ian Cook, the victim of the Slug-gate affair, are vigorously exploring alternatives.

The team is currently discussing strategies with eminent legal practitioners who believe that the ‘system’ has failed.

As CAA has delved further into the Slug-gate debacle, where a family business, ICooks Foods, was the victim of criminal acts perpetrated by the ‘system’, we have been shocked at where the tentacles of this unlawful activity reach and into which bastions of our society it seems to have corrupted. Health Department, Victoria Police, Politicians, a raft of local governments, and the Government funded, Community Chef Board and management.

Evidence is constantly emerging, and that evidence now clearly implicates some very senior people. Conflict of interest, incompetence, conflicted relationships, and downright dishonesty, lying under oath, manipulating legal processes and suspected bribery are there to see for those willing to look.

The complete failure of these bastions is very perplexing and draws us towards the conclusion of a cover-up of more dire criminal proportions.

The complete failure thus far, by those charged with protecting us from corruption, have failed the Cook family and their employees in the first instant, but arguably on a higher plane the people of this State who pay the wages of those who are supposed to protect us. We also pay handsomely the people responsible for criminal acts against us; we pay for the privilege.

No wonder many Victorians feel reamed.

It is now two years since this egregious behaviour when Mr Cook lost his business and his employees their livelihood, perpetrated by Government officials and bureaucrats was reported to Police by Mr Cook, and a whistle-blower independently reported the corruption to IBAC.

Mr Cook, the victim, has no more confidence now than when the nightmare started that a proper investigation is being undertaken. He has lost count of the various investigators that the matter has been shuffled through.

This process is a bit like doctor shopping – eventually, somebody will achieve an outcome that comforts the Police hierarchy directly involved.

There are two documents currently available on the Parliamentary website that we would encourage you to read. Go to https://www.parliament.vic.gov.au/lsic-lc/inquiries/article/4807

The first, a report from Pitcher Partners, sheds light on motive and gives an insight into how our taxes are used and abused.

The second is a report from the Detectives that undertook the first ICooks investigation and perhaps indicates why some in Victoria Police would like to see this investigation buried, presumably because it may expose them.

The report details the criminality of the ICooks affair and was submitted to VicPol hierarchy in June 2020 sixteen months ago and still no action against the suspects, as far as the Victim knows.

That lack of action is inexcusable particularly given that many of the offences are straightforward and most of the Police work has already been done by retired Police.

It certainly gives the impression that a ‘cover-up‘, is afoot.

That VicPol is vigorously trying to block a Freedom of Information issue relating to ICooks through VCAT lends strength to the theory. The Government Model Litigant Rules seems to have been ignored in this matter.

On that point, you would have thought that within Victoria Police, they would have learnt that cover-ups rarely succeed, and when exposed, cause more pain than coming clean in the first instance, think Gobbo.

The evidence is so strong in the ICooks matter that the chances that a prosecution may fail are extremely low, and that takes into account prosecutors ‘running dead’.

And we are not referring to ‘Jay walking’. The offences we identified are all very serious and carry substantial jail time on conviction – we contend, nobody is above the law. The various agencies must pursue the perpetrators without fear or favour.

Whether the Police have some difficulty in pursuing the matter because of the victim’s alleged connection at the Parliamentary Inquiry to the death of an eighty-nine-year-old (89) patient at Knox Private Hospital is not known.

However, the inference was put to the Parliamentary Inquiry by multiple bureaucrat witnesses in an attempt to paint ICooks as the perpetrator without any conclusive proof. The poor lady weighed 38 kilos and was 185cm (Over 6 ft) tall, and she had a blood-born infection when presented at the hospital and other very serious health issues.

This patient was clearly in the ‘end of life phase’ at 98 and the alleged listeriosis infection, an easily treated pathogen, that can be cured in a hospital environment in a matter of a couple of days at most, would have had no influence on her ultimate demise which occurred many days after she was admitted to the Knox Hospital.

Conspicuous by their absence was the medical records and pathology reports routinely done in any Hospital that would have supported the bureaucrat’s assertions. With months to prepare for the Inquiry and unlimited resources this omission is significant.

A competent investigator would easily have found no connection between ICook Foods and the unfortunate death if they cared to look.

Evidence also exists, which is also irrefutable, that a number of people made false affidavits (Perjury) in an attempt to prosecute the victim – the malicious prosecutions all failed, not without substantial cost to the innocent victim and the public purse.

The investigations carried out by the ICooks team have established the truth within CCTV footage that shows that the perpetrators committed Perjury and attempted to Pervert the Course of Justice supporting the general thrust of the original investigators report.

The current work of the ICooks team will potentially spawn a new speciality within the Legal profession representing victims who have not received justice through bureaucratic interference, corruption, dishonesty, or ineptitude.

The ‘bureaucratic system’ is geared to protect itself and use the depth of its resources to protect perpetrators and to avoid accountability of those within. Ironically the people who decide to use these resources, our money, are generally seriously conflicted and are commonly the suspected perpetrators.

Thought must be given to how these decisions to dip into the public purse can be done without conflicted people making or influencing these decisions.

ICooks is exploring a new legal strategy and the perpetrators, which stretches into double figures, will now become quite twitchy as the metaphoric rope tightens its grip.

The ballot box is not the only weapon available.

You can count on it.