Police increase – is it smoke and mirrors? 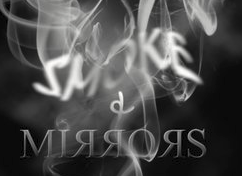 The recent announcements of, “ 3135” extra police seem to be smoke and mirrors unless the announcement can be clarified.

Different reports lead to different analysis of the announcement but non definitively state that the attrition rate is not included and these are additional Police over and above the 450 a year lost through attrition .

Some Government announcements quote 3135, and others 2729 – The confusion is that for the 3135 figure, the Government has included previously announced increases in this year’s budget.

The Victoria Police has a current strength of 14948 and that includes the previous Government increase. The actual increase on Police numbers as they currently stand are 2729

The attrition rate for Police is currently at 460 P/A so over the next 5 years that will be somewhere in the vicinity of 2300 provided there is no mass exodus through stress and being over worked.

That means over 5 years the actual increase is about 429 additional Police over the 5 year period. With the 60 police to maintain the 249 ratio and 415 Specialist Family Violence Police and the 42 Youth Police the whole thing just doesn’t add up or it is going backwards by a deficit of 88. That doesn’t seem like progress.

Unless the Government is funding attrition replacement on top of the 3135 this means somewhere in the vicinity 5435 police will be recruited over the 5 years, then the announcement is smoke and mirrors.

Which poses the obvious question, what about the PSO, Transit and custody Officers programs- if they are not maintained many extra Police will be just filling their void. There has been no mention of the impact on these services.