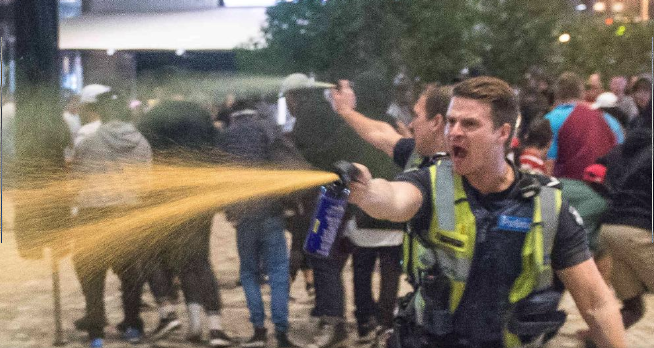 In a democracy, the community rightly sees the Government as ultimately responsible for Law and Order; critical to that responsibility is the performance of the Police Force.

In this current election environment, you can bet that all political machines are watching the performance of VicPol. No doubt looking for any opportunity to maximise on or reduce exposure to, the impact of the community angst that has developed towards its Force.

The Tectonic plates of policing have been moving adversely within the Victoria Police Force for some time. However, it has become very obvious they have gathered momentum and are now moving rapidly towards an adverse outcome.

The elements necessary for a policing Tsunami are becoming evident as the litany of policing failures has built to where the Tsunami is not a possibility but an inevitability.

There seems to be no end to the flow of ineptitude and policing failures; we all just sit and wait for the inevitable next one.

Government and all politicians will be closely watching how VicPol responds to the latest failures in the investigation of the Silk-Miller Police murders and the impact that may have on their electoral fortunes.

The community will also be watching as their confidence in the police continues to wane.

Taken in isolation, many issues, would have of themselves have limited impact on public confidence, but the build-up of events is taking its toll, and the informed public will inevitably start demanding change.

Seeds of that miscontent are starting to germinate.

These matters all contribute to the current malaise,

No good blaming the rank and file but lift your eyes to see where the problem lies.

That nobody has been held to account for Perverting the Course of Justice and the associated conspiracies is a disgrace. This was a high-profile case                    so the executive would have been fully aware. Their failure in supervision/management is breathtaking and staggering.

Perhaps we all should encourage everybody to take an example from VicPol and provide them with their information in six months?

The common thread of all these issues is a failure of Command and Control where the police executive fail in their duty – the first and most significant example which Victorians have never forgotten was the performance of Chief Commissioner Nixon while Victorians died in the Black Saturday fires –we allege that is the starting point of the collapse of Command and Control and executive responsibility within VicPol. Yet, Nixon was not sanctioned for a gross breach of executive responsibility, and no executive has faced criminal charges, irrespective of what they were alleged to have done since. They are not held to account or required to justify or apologise for Victoria Police missteps; this is unadulterated unhealthy- Hubris.

There has also been a string of thoroughly decent and competent Police who have been shown the metaphoric door for non-compliance with a new order which avoids responsibility and accountability. Many are disciplined for trivia.

Any normal grown-up organisation would be embarrassed to take drastic disproportionate steps for minor infractions, highlighting as it does management deficiencies and incompetence, but this is VicPol, that suffers an acute form of- Hubris.

These are the critical issues that the public demands their police force urgently addresses.

Alternatively, an inquiry to provide strategies to correct the current demise is not only warranted but inevitable.