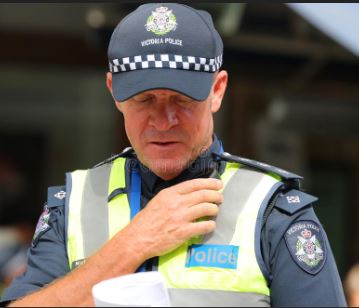 Some time ago, the CAA proposed a plan that made each Police Service Area (PSA) Manager Station Commander responsible for providing recognition for any Police Veterans who passed away in their area of responsibility.

The plan was proposed to the Chief Commissioner at a CAA, AGM pre-COVID.

This was linked to a proposed register to be kept for all Veterans. A statewide register devolved to the PSAs based on addresses. The veterans then could be identified should their welfare need attention—a notation made on the register that would enable a phone call or a visit at determined intervals to check welfare and keep them connected.

This would allow the register to be maintained if veterans changed addresses, were taken ill or were placed in care. The likelihood of a Veteran dying and none of his colleagues being aware is minimised.

Additionally, the local PSA manager was to contact and visit the Veteran’s family when they passed away. Apart from condolences, to seek permission to have a Police Officer of a rank, at least one above the deceased, read the Ode at the funeral.

As a mark of respect, the POLICE FLAG (not the Australian Flag) would be made available as a Pall for the coffin.

After the service, the Flag to be handed to the family as a mark of respect in perpetuity. ‘Buried under the Flag they served.’

The Chief Commissioner agreed to these proposals.

We were comfortable that he intended to implement them.

We accepted that during the COVID era, this proposal was unlikely to be followed through completely, but we incorrectly assumed that the components possible under COVID rules were implemented.

We have then reviewed some other matters that the CAA has sought and gained support from the Chief Commissioner and have not been implemented.

These issues are distinct from the myriad of other matters we have put to the Chief in submissions.

It is of very great concern that the Chief Commissioner can express a view, and the organisation fails to respect that view and follow through on it.

We have no reason to believe that the Chief Commissioner was not genuine in his views expressed. We are, however, very concerned that others have developed a strategy within the organisation to push back or ignore his wishes. We assume that is unless they agree with them.

A prime example of the cart leading the horse.

That is no way for an organisation like a Police Force to operate, and it raises the concern of what other matters approved by the Chief Commissioner the organisation has chosen to ignore.

The Chief Commissioner is the person who takes ultimate responsibility for the performance and function of the organisation, not those who seem to wish to undermine him.

The apparent evolution of insurrection within the upper echelons of Victoria Police undermines the Chief Commissioner’s authority; it is as embarrassing as it is wholly unacceptable.

This indicates that a flawed executive ‘Committee’ approach holds sway over the Chief Commissioner. Once that happens, the influence permeates down, meaning everybody can choose to follow or not follow the Chief’s directions. Discipline folds, and the ability to function as a cohesive body evaporates. This is not good for Policing or the community.

The first evidence of a problem we identified, was when we reflected on the Police COVID Response.

The Chief was at pains to prefer the issue of cautions instead of prosecutions for COVID breaches and took the unprecedented step of intervening personally to issue warnings.

That was until the quantity overwhelmed his capacity to deal with each case, and the principle of a caution was lost. Somebody or some people at a very high level in VicPol usurped the Chief Commissioner’s authority, and the control of the police response was overtaken by others, perhaps explaining the debacle that followed.

It now seems clear that some see the CCP as just a figurehead, and the faceless few are the power of the organisation.

The CAA is of the opinion that some seem to be using their position to remove the CCP to gain power for themselves.

This thinking is as flawed as the mechanism they have established to undermine the CCP. It will still be there if they succeed and can be just as easily used against them.

Senior police must unite in support of the Chief.  And that is not just lip service, but function.

When senior officers do not display ethical leadership, this flows throughout the organisation, down to junior police.

The CAA is concerned there is a serious problem somewhere in the upper echelon.

Those responsible for undermining the Chief Commissioner should step aside or be removed from their positions; a purge would be justified and is, in our opinion, necessary.