CORRUPTION HAS BEEN COLOUR CODED AND NOW DEFINED BY TEXTURE 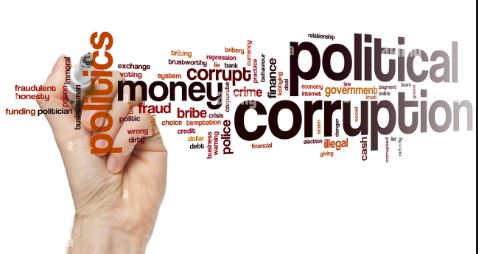 In the latest strike in what can only be described as a media blitz, the IBAC Commissioner has again attempted to interpret the law.

The integrity entities are not only colour coding corruption (Grey), but now the texture is apparently relevant.

This is in addition to attempting to create new definitions for words.

In this latest attempt by the IBAC Commissioner to influence the way laws are managed, he put forward ‘Soft’ corruption as an apparent legal reality rather than a Commissioner’s wish to divert attention from the inability of IBAC to perform its function to avoid accountability for IBAC’s failures.

Since when does the texture or colour of a law determine or influence its application?

As part of the Commissioners media blitz, on October the 22nd, it was reported in the Herald Sun that he warned,

‘Victoria’s corruption watchdog has warned the centralisation of power around Premier Daniel Andrews’ private office has created an environment ripe for “soft corruption”.’

This tinkering around with how our Laws are supposed to work must stop.

We can only assume that Soft corruption must be akin to the Claytons Theory, famously described as – “the drink you have when you’re not having a drink”.

There is one common underlying explanation for these inane references – incompetence.

The apparent strategy is, ‘Whatever you do, shift the focus from your incompetence.’

Based on the observations proffered by our integrity organisations, we could therefore categorise other crimes into grey or soft as a pre-emptive justification for lack of effective prosecutions or the need even to address these breaches of the law.

Can you imagine people using terms like ‘grey’ assault, ‘immersed’ in a breach of an intervention order or ‘soft’ drink driving’? According to the integrity guardians, only corruption can be dealt with under these new nuances.

This nonsense needs to be walked back. Corruption is corruption, and it is not subject to colour or textural variations.

We believe this attempt to change the corruption landscape is part of IBAC’s flawed understanding of its role. IBAC is NOT a court. We note that this is the way IBAC identifies itself on its website:

This is clearly about preventing or exposing, not defining, determining or justifying. It appears IBAC is straying from its own stated purpose in attempting to justify not referring matters for prosecution.

Surprisingly, neither the Judiciary nor the Government has not pulled IBAC into line and reminded the Commissioner that IBAC is not a Judicial body.

This State’s failure to detect and prevent corruption is not served well by an IBAC intent on trying to become an adjunct to the legal system instead of an essential and independent part.

Instead of worrying about the hue or texture of the corruption is; how about detecting and referring perpetrators for prosecution?

Instead of asking for money, we, the community, would like to see some tangible results for the millions we already spend on what seems an increasingly out-of-touch IBAC.