FLAKKA – A NEW ZOMBIE IN TOWN 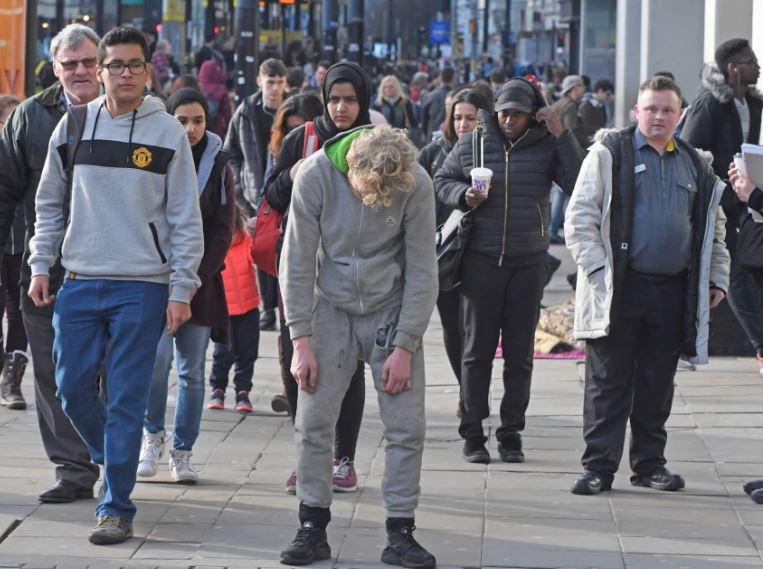 It is time for those who would decriminalise the use of illicit drugs to think again.

Just when you thought it could not get any worse, a new drug, known as Flakka, has hit the streets and, apparently, is doing the rounds in the Dandenong Area.

And there is a suggestion that first responders have been told not to talk about it. Unfortunately, that strategy will not make it go away.

Flakka use will put at serious risk police, ambulance personnel, health workers and other emergency services people who have to deal with the users.

Not only will the users of Flakka be put at severe risk, but any member of the general public or family members of a user whom they happen to come across when under the influence.

More than likely, it does not hurt the proponents of legalising illicit drugs or those who stand to benefit. The ‘who’ is an interesting proposition and I will expand on this later in this article.

This drug had been prolific in the USA; however, the US had curtailed the drug substantially by addressing the precursors, ‘Bath salts’ or ‘Condy’s Crystals.’

Now it is popping up elsewhere, including OZ. https://www.who.com.au/flakka-the-new-zombie-drug-taking-over-australia

Known as Flakka or Zombie and a few other names, this stuff is really scary, and understanding the potential consequences an imperative.

Before we get into the deep concerns that the CAA has about this drug, it is worth pausing to consider what it does.

The following consequences have been reported in Flakka users by RN.com AMN Health Care Education Services at  https://www.rn.com/headlines-in-health/flakka-zombie-drug/.

Critically, given what is known about this drug and what the Government is doing about it (as far as we can determine very little), somebody must be held accountable.

If a group of volunteers can find this issue, surely there must be detailed plans and policies from the highly paid bureaucrats and politicians who are responsible for community health and safety. Where are they?

The CAA has very grave concerns about a number of aspects of this drug which has far wider ramifications. Sadly, these concerns do not appear to be widespread within the Government.

CAA understands that, to a degree, we are relying on conjecture and inferences, but that is what the early components of any good investigation may encounter.

A thorough investigation is needed, coupled with a swift intervention strategy.

Coupled with the limited intelligence we can gather, it appears those who are responsible for thwarting this scourge are very clearly ‘asleep at the wheel’, and that may not be just tardiness. The indicators are that there are criminal actions afoot sufficient to indicate a need for urgent and detailed investigation.

We know that the drug is simply manufactured from Condy’s Crystals, and there is a myriad of lawful uses for this product, such as a bath for aching feet, water sanitisation, as an antibiotic and other applications throughout industry.

This, in part, makes the humble crystals a harlequin drug of sorts.

Another drug with similar and sometimes more extreme outcomes than Flakka is Spice. in the UK, Black Mamba originated in Africa but is now widespread across the globe and the mother of all bad drugs Krokodil widespread in Russia, with some suggestions it has moved elsewhere as well.

Krokodil has such shocking side effects we will not publish available photos as they are too grotesque. This drug effectively dissolves the flesh surrounding injections sights, with large pieces of flesh litereally dropping off the addict.

It seems most of the addicts of these drugs have only a life expectancy of two years at most.

All these drugs have two things in common, they can be manufactured from legal everyday products, and their use is catastrophic. One drug, Spice, was sold legally over the counter in the UK for quite a period until it was discovered the harmless pick-me-up had serious capabilities.

Because these drugs are predominantly used overseas, it would be naivety in the extreme to dismiss the issue, as it won’t come here. That was probably the view when Flakka first appeared elsewhere.

From the street, it is alleged that Flakka has piqued the interest of Outlaw Motorcycle Gangs’ (OMCGs).

OMCGs, some officials and politicians reassuringly claim, are under control in Victoria by the Victorian version of Anti Association Laws used to manage these criminal gangs interstate.

The Victorian version has so many loopholes that, no matter what we are told, OMCG members have flocked to Victoria because the laws here are ineffective. We understand OMCGs see Victoria as the place to do business. That alone tells the efficacy of the Victorian Legislation.

The CAA asks where the proof is that the Criminal Organisations Control Act 2012 works.

A common denominator for this seismic shift of criminality is the Anti Association Laws legislated and enforced in all the other States that clearly work.

It has been well-publicised that the Victorian Government has refused to introduce similar Anti Association Legislation, https://www.heraldsun.com.au/truecrimeaustralia/police-courts-victoria/victoria-police-repeatedly-pushed-government-to-fix-antibikie-laws/ and we note that some of the more political appointments within Victoria Police are supporting the Government’s claims that the current legislation is sufficient.

If that is so, perhaps an explanation of the OMCG influx into Victoria could be offered. The CAA suspects that this influx has bought Flakka with it.

Intelligence from the street is that the OMCGs control Flakka. That is interesting because why would the Government not be prepared to step in and take action against the OMCGs and the drug?

Perhaps it is the money trail.

Flakka will generate huge incomes for the OMCGs, and we have already seen OMGs are intricately entwined with some Unions and, by extension, the Government.

Is this why there are no effective Anti-Association Laws here and resistance to strengthen them?

One wonders where the money trail leads.

The CAA is strongly advocating for a swift response but suspects there are too many with too much to gain for this to happen.

Moreover, what of the Safe Injecting rooms? Will they accept or reject  Flakka addicts with all their risks or shunt them out into the community like other addicts that misbehave?